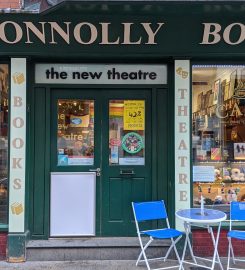 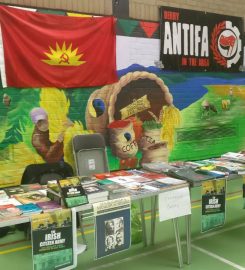 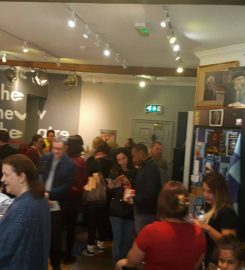 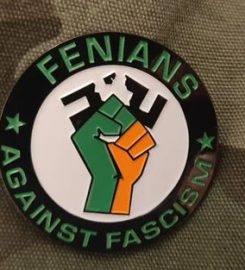 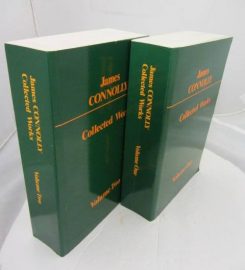 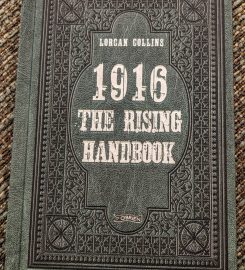 The culture and politics of 1930s Ireland were not receptive to socialist ideas. From the first Coercion Act (1930) under the Free State government of Cumann na nGaedheal led by William Cosgrave to the later Fianna Fáil governments led by Éamon de Valera, socialist policies were considered subversive. Conservative politicians were determined to keep Ireland a conservative Catholic country.

High unemployment and all-pervasive poverty marked life for people in both urban and rural areas during the thirties. Wage cuts of up to 10 per cent were imposed on many of the workers who did manage to find work. The trade union movement, to all intents and purposes, forgot the legacy of James Connolly, and his works were slowly disappearing from public access.

It was in this environment that the first socialist bookshop in Dublin was opened, in Winetavern Street. It closed after a very short time, because of pressure from the Franciscan Fathers in nearby Merchants’ Quay.

In 1932 the Revolutionary Workers’ Group opened a socialist bookshop at 64 Great Strand Street, which they called Connolly House. James Larkin Junior was one of the leaders of the RWG and also an elected member of Dublin City Council. The group published the weekly news-sheet Irish Workers’ Voice.

A Lenten sermon delivered in the Pro-Cathedral on 27 March 1933 against the “dangers” of socialism led to a mob being formed and marching on the bookshop. They ransacked the building and set it on fire; three people who were in the building were lucky to escape with their lives. You can read more about the attack on the Come Here To Me! blog. Other shops selling radical and republican literature, such as a shop in Parnell Street run by a Mrs Basset, also came under attack.

After the burning of Connolly House it became difficult to secure premises for the sale of literature perceived as left-wing, and it was not until 1942 that Seán Nolan and Geoffrey Palmer secured a new premises at 16A Pearse Street. It was decided to make a public appeal for funds to establish the bookshop, and donations ranging from 2p to £10 were received. In this way £100 was raised to establish the shop, which was called New Books.

This shop lasted a little longer than Connolly House, though history repeated itself in 1956 when it too was attacked. During the 1960s it was the only bookshop in Dublin during those years selling the writings of Marx, Engels, and Connolly.

The Communist Party of Ireland’s headquarters at 43 East Essex Street in Temple Bar was also used as a late-night, after-hours drinking venue ‘Club Sandino’ in the 1980s and 1990s. A raid in September 1992 led to the confiscation of 132 cans of beer, one keg of Guinness and a bottle of whiskey. This after hours club raised money to support the Sandinistas in Nicaragua and the coffee brigades.

Today Connolly Books continues the proud tradition of its predecessors as a centre for radical books and papers as well as a wide range of books on Irish history and culture. It also hosts an Irish Languuage cafe on Friday afternoons and the Connolly Youth Movement holds a Monday evening Reading and Screening Group out of the premises.

From the 1930s, New Books and Connolly Books have been publishing the writings of James Connolly (1868–1916), Ireland’s Marxist pioneer and martyr. Thousands of people first encountered Connolly through the re-publication of his writings in pamphlet and book form by New Books, including Labour in Irish History, Erin’s Hope and the New Evangel, The Reconquest of Ireland, and Labour, Nationality and Religion. In 1987 Connolly Books published for the first time the works of Connolly in two volumes under the title Collected Works.

Connolly Books now has the best selection of contemporary Marxist and left materials from Ireland, Britain, the United States, and other countries.