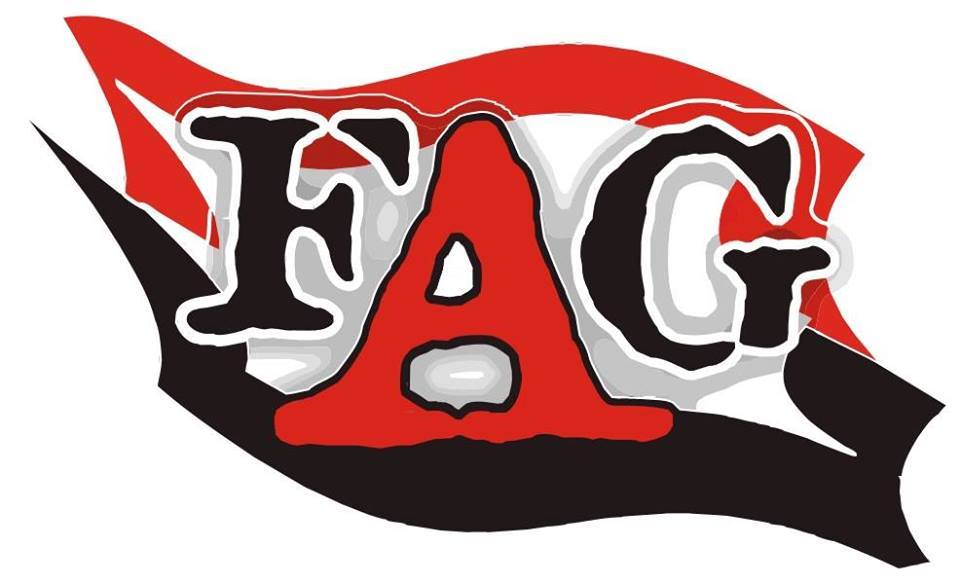 FAG is an anarchist political organization founded on November 18, 1995 by the convergence of groups of Alegrete, São Leopoldo, Porto Alegre and the Metropolitan Region. From the beginning, it constitutes an organizing initiative within the collective framework of a libertarian project to act in the social struggles of Brazil and our region in the world.

In the 1990s, capitalism heavily applied the neoliberal model in our country through the shift governments and the revenues of their global bodies. Brazil sells itself for globalization, the fierce capitalist action of the markets, the economic as the dominant idea in the social structure, the policies of fiscal adjustment, privatization, sinister dependence on financial powers. Precarious life, unemployment, poverty, the whole structure of social inequality invest heavily in our social formation. The popular camp holds its ground and defends the hard earned rights, public goods and services that address the social issue. A conservative inflection in social ideas and practices is often experienced. The reformist left formed in the new republic, with the leadership of the PT, gradually integrates into the structures of power,

In this period a more restless sector of anarchism seeks to reorganize itself and have proposals for the Brazilian reality, the historical present, its conditions and concrete possibilities. It opens a stage of critical renewal, of gestation of an organized will that seeks with open breast solutions to act with history, with current problems, without repetition of schemes. FAU inspired and supported its formation. It is a Latin American anarchist experience that had the political capacity to fight at different historical junctures and not let the libertarian project lose a place between the oppressed and their concrete social contexts. The Brazilian Anarchist Construction Process (PCAB), born in the mid-1990s, pointed to the first elements of the specifist definition that brings us together since 2012 in the Brazilian Anarchist Coordination (CAB).

With very modesty, FAG brings 20 years of emergence of a generation, from a political experience that has been built since the 90’s in the forge of a militant anarchism with its specific organization and the construction of social force within the life and agenda of the FAG. “under”.

Ours, with humility, is an organization to act with a libertarian perspective, especially to act in social and political struggles. This does not dispense with study and theory, especially when we want to be more incisive in real processes. So we are not simply a study or propaganda group. The general criterion that defines us is the articulation of a plan of ideological-doctrinal cohesion where anarchists are organized alongside a broader plan of organization as a class in the popular and trade union movement.

The first place to get organized is the fronts of struggle. In places of study, housing, work, popular culture and against the oppressions of gender, race, sexual orientation. FAG groups militants, collaborators and supporters on at least three fronts: union, student and community. In a broader sphere of definition, combative trend across sectors, where we unite with affinity partners in the conception of struggle, for class independence and the methods of grassroots democracy and popular direct action.

FAG has militancy centers organized in Porto Alegre, Metropolitan Region and by cities in the interior of RS. In Brazil she is a member of CAB where we coordinate action guidelines in all regions of the country.