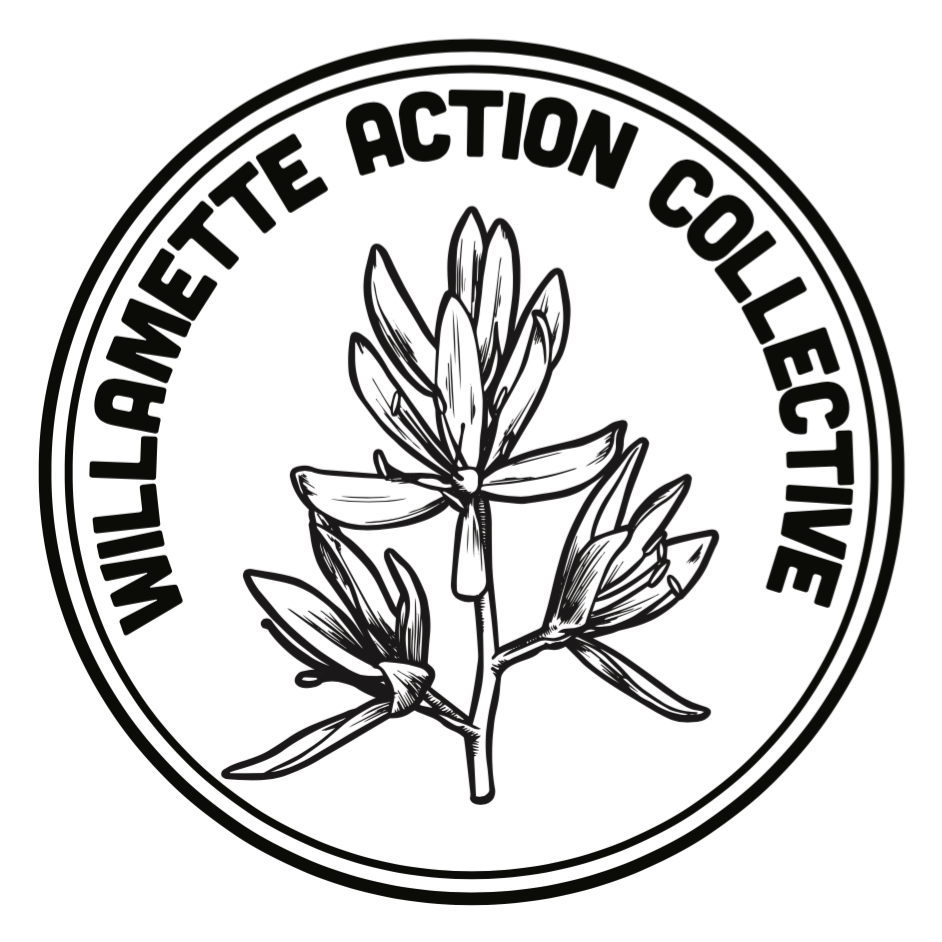 The Willamette Action Collective (referred to hereafter as WAC) is an anti-imperialist, environmental organization based in the Willamette Valley. Its goal is to work toward dismantling imperialist and capitalist systems of government and economics, and to promote a transition towards environmentally responsible systems. The WAC strives to create a world with indefinite environmental health where a justly-treated humanity has moved beyond capitalism to exist as a supportive and supported part of the global ecology.

The WAC believes that imperialist and capitalist economies, governments, and practices are overwhelmingly responsible for manmade climate change. The unrestricted exploitation of our natural environment and the exploitation of workers, specifically marginalized communities, have resulted in a global ecological and humanitarian crisis. To the extent that these exploitations have stripped the wealth, power, and means of production from the worker, so too have they removed the worker from their ecology. Most of humankind is more removed from nature than ever, and it is clear that the crimes against the environment and crimes against the worker are symptoms of the same disease.

This WAC rejects all governments, institutions, economies, organizations, and individuals who perpetuate the destruction of our environment and the subjugation of workers through neoliberalism and imperialism. Furthermore, the WAC rejects discrimination, racism, bigotry, ableism, and prejudice of all kinds. The WAC strives to unite communities through environmental and agricultural outreach, coalition building, education, and direct action and will work in solidarity with other local and global organizations in the fight against imperialism.