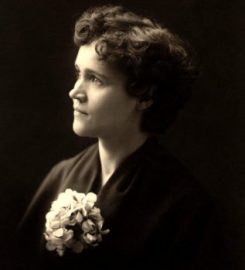 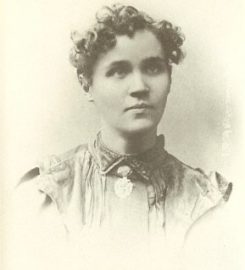 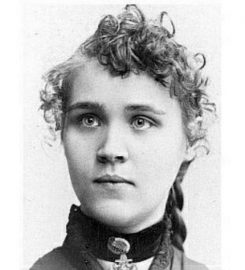 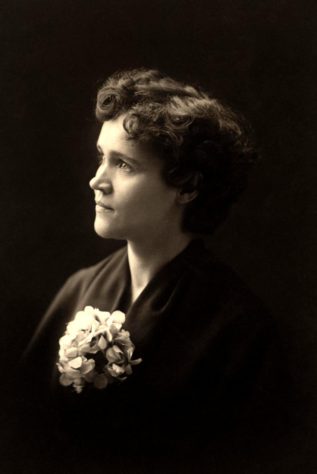 Voltairine de Cleyre was born in Leslie, Michigan, in 1866.

She was an American anarchist, known for being a prolific writer and speaker, and opposing capitalism, the state, marriage, and the domination of religion over sexuality and women’s lives. These latter beliefs have led many to cite her as a major early feminist.

She began her activist career in the freethought movement. De Cleyre was initially drawn to individualist anarchism but evolved through mutualism to an “anarchism without adjectives,” prioritizing a stateless society without the use of force above all else. She was a contemporary of Emma Goldman, with whom she maintained a relationship of respectful disagreement on many issues. Many of her essays were in the Selected Works of Voltairine de Cleyre, published posthumously by Mother Earth in 1914.

Here is one example of her poetry.

(After an incarceration of six long years in Joliet state prison for
an act of which they were entirely innocent, namely, the throwing of
the Haymarket bomb, in Chicago, May 4th, 1886, Oscar Neebe, Michael
Schwab and Samuel Fielden, were liberated by Gov. Altgeld, who thus
sacrificed his political career to an act of justice.)

There was a tableau! Liberty’s clear light
Shone never on a braver scene than that.
Here was a prison, there a Man who sat
High in the Halls of state! Beyond, the might
Of ignorance and Mobs, whose hireling press
Yells at their bidding like the slaver’s hounds,
Ready with coarse caprice to curse or bless,
To make or unmake rulers!–Lo, there sounds
A grating of the doors! And three poor men,
Helpless and hated, having naught to give,
Come from their long-sealed tomb, look up, and live,
And thank this Man that they are free again.
And He–to all the world this Man dares say,
“Curse as you will! I have been just this day.”

(To Our Living Dead in Mexico’s Struggle)

Written in red their protest stands,
For the gods of the World to see;
On the dooming wall their bodiless hands
have blazoned “Upharsin,” and flaring brands
Illumine the message: “Seize the lands!
Open the prisons and make men free!”
Flame out the living words of the dead
Written-in-red.

Gods of the World! Their mouths are dumb!
Your guns have spoken and they are dust.
But the shrouded Living, whose hearts were numb,
have felt the beat of a wakening drum
Within them sounding-the Dead men’s tongue—
Calling: “Smite off the ancient rust!”
Have beheld “Resurrexit,” the word of the Dead,
Written-in-red.

Bear it aloft, O roaring, flame!
Skyward aloft, where all may see.
Slaves of the World! Our cause is the same;
One is the immemorial shame;
One is the struggle, and in One name—
MANHOOD— we battle to set men free.
“Uncurse us the Land!” burn the words of the Dead,
Written-in-red. 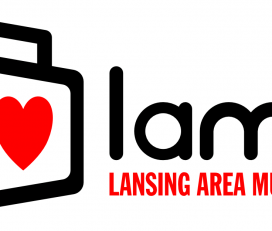 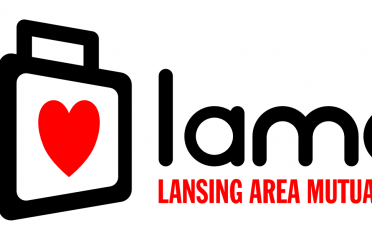 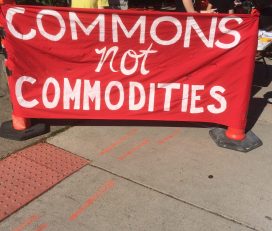 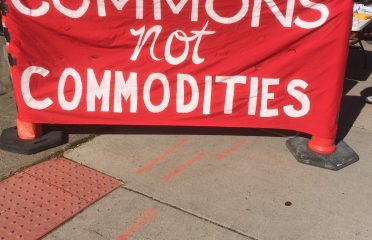 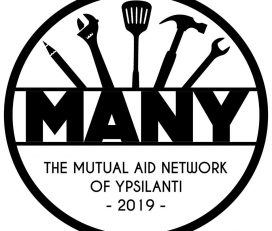 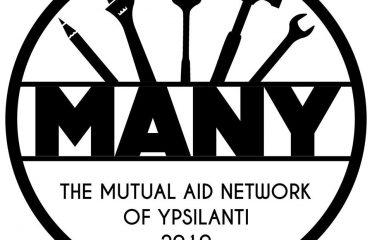 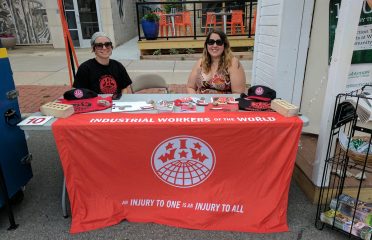