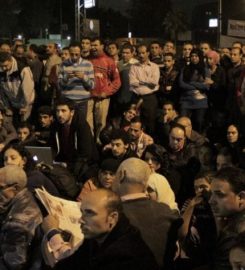 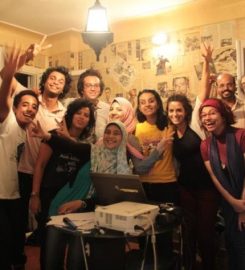 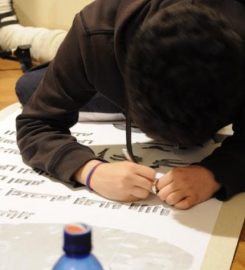 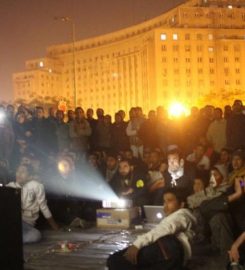 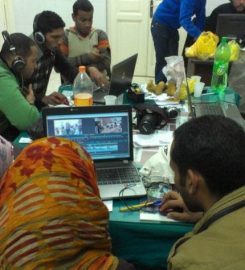 Mosireen is a non-profit media collective born out of the explosion of citizen journalism and cultural activism in Egypt during the revolution.

From 2011-2014 it held a space in downtown Cairo that was a revolutionary activist hub dedicated to supporting and producing citizen media of all kinds – including publishing videos, providing training, technical support, campaign support, equipment, screenings and events, alongside hosting an extensive archive of footage from the revolution. At its height Mosireen’s YouTube channel was the most watched non-profit channel in the world. It remains the most watched non-profit channel in Egypt.

Campaigns and initiatives Mosireen supported include No To Military Trials for Civilians, Kazeboon, Operation Anti-Sexual Harassment, Freedom for the Brave, and Tahrir Cinema, amongst others.

Alongside their personal work, the preparation of 858.ma, a major video archive of material from the revolution, for public use is the current focus of the collective’s work together. It was launched in January 2018 and you can see it here: https://858.ma/

A Radical Project: Stories of the Underground

Support A Radical Guide as we Map the diverse world of resistance.

Learn more about this crowdfunding campaign and support today by clicking the link below.