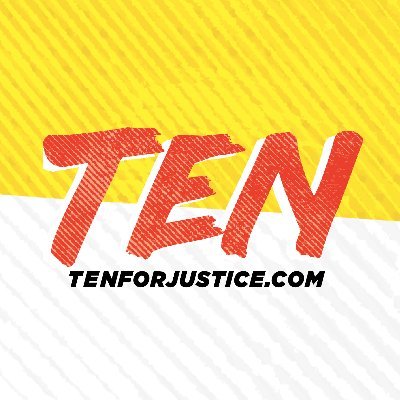 Ten Demands for Justice envisions a new society in which prisons and police are no longer necessary, and communities are equipped to provide for their own health and safety. Ten Demands for Justice offers a roadmap for the defunding and then full abolition of police and prisons, beginning with immediate actions to end police violence as well as racism and classism in policing, prosecution and sentencing.

TO SET THE STAGE FOR FULL ABOLITION:

1—DEFUND THE POLICE AND REALLOCATE RESOURCES TO IMPACTED COMMUNITIES

5—INDEPENDENTLY INVESTIGATE ALL POLICE CRIMES AND ABUSES OF POWER

End qualified immunity. Establish an independent national review board, along with community-level oversight committees, to investigate all police officers or police department employees who have been involved in or witness to any police-related crimes. (All police officers, police department employees, police union officials/members and individuals with any relationship to any police department are prohibited from participation, and anyone with any conflict of interest must recuse themself or face civil penalties.) Implement immediate termination of any officer found guilty through independent investigation, and require that officer participate in a pre-established program of reparative justice. Mandate that any police-related crime against any member of a First Nation be addressed according to Indigenous Sovereign Nation laws. Require all costs of police-related lawsuits be covered by officer pensions and/or personal liability insurance. Create a legal fund for victims of police brutality. Immediately dismantle any police department that violates civil rights.

Repeal all anti-protest laws. Terminate all officers guilty of arresting or applying unnecessary and excessive force against protesters, for violation of their Civil Rights as guaranteed by the First Amendment. Ban the use of tear gas, pepper spray, rubber bullets and all other crowd-dispersal methods. Strip police authority to issue dispersal orders. Expunge all protest-related convictions, and free all protesters in jail or prison.

Apologize publicly and provide indemnification to victims of police violence and racial discrimination in policing, prosecution and sentencing. Pass the Commission to Study Reparation Act H.R.40 and S.1083. Mandate Congress implement and enact the recommended reparation proposals within 120 days of the submission of the Commission’s report, and immediately begin reparation disbursement to improve the lives of African descendants in the United States and to foster economic, social and political parity. Invest in equitable opportunities for Tribal Nations, and provide reparations to all descendants of Indigenous Peoples of America. Recognize all Tribal Nations and honor in perpetuity all treaties (including those not ratified), as well as obligations to support self-determination and return stolen land. Issue and read a formal apology to the Black Americans and Indigenous Peoples. Implement comprehensive, factual and unabridged social studies pertaining to Black Americans and Indigenous Peoples as part of the national curriculum, to combat their erasure, foster compassion and shift the paradigm of systemic racism and implicit bias.

9—END THE WAR ON DRUGS

End the criminalization of drug use and drug addiction. Pass the CARE Act of 2019. Expunge all nonviolent drug-related convictions, and in lieu of arrest provide mental health, behavioral health and addiction recovery services nationwide; on Indigenous lands, provide resources for those services to be overseen by Tribal Nations and implemented at the discretion of each Sovereign Indigenous Nation. Legalize marijuana at the federal and state levels, and respect the Sovereignty of Tribal Nations that jurisdictionally protects all 573 recognized Nations from any federal or state penalty for the cultivation of marijuana. Pass the Marijuana Businesses Access to Banking Act of 2015, and invest state and federal revenue from legal marijuana into communities most impacted by the War on Drugs.