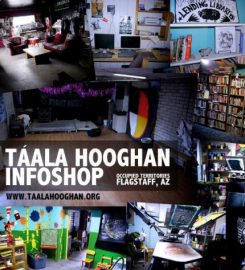 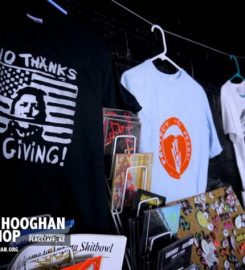 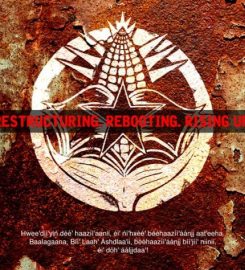 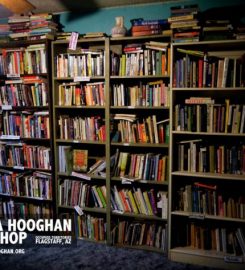 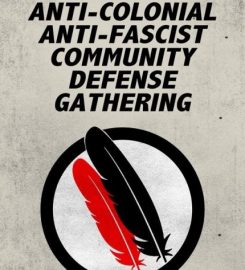 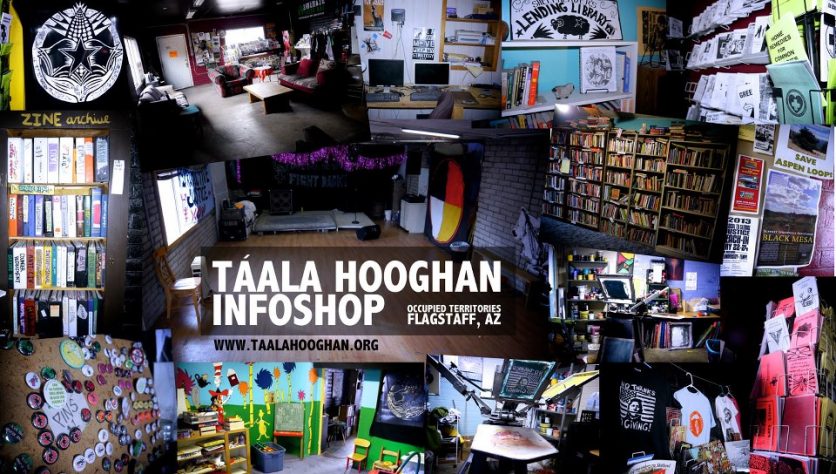 We are an Indigenous-established, community based and volunteer-run collective dedicated to creatively confronting and overcoming social and environmental injustices in the occupied territories (Kinlani) of Flagstaff and surrounding areas.

We are restoring and redefining knowledge and information in ways that will be meaningful to our communities. We offer access to independent media, the arts, skill building, and alternative education, with the goal of self-development as well as empowerment for youth and the greater community into action in favor of a more just and sustainable world.

We focus on and actively resist:

In 2007 community members and an Indigenous youth empowerment media collective called “Outta Your Backpack Media” (OYBM) came together with a vision to establish a space that cultivates active resistance to capitalism, environmental & social injustices in and around our community of Flagstaff. Since then Táala Hooghan infoshop has hosted all ages shows, film screenings of hard to find political movies, the Free Free Market, silkscreening, D.I.Y. art skill shares, and provided meeting and event space for other organizations.

OYBM has worked with more than 300 youth and produced dozens of short films at free youth workshops, some of which have been screened nationally and internationally at film festivals. 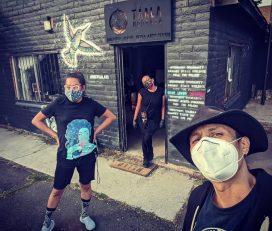 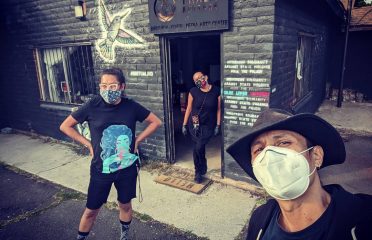 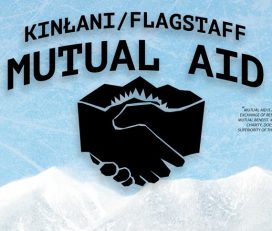 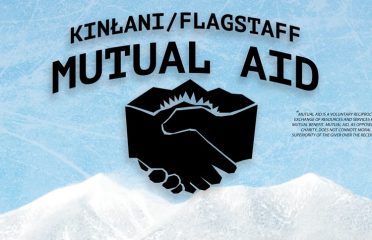 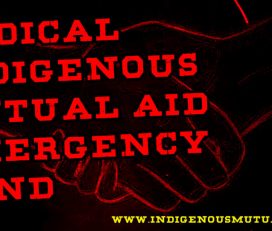 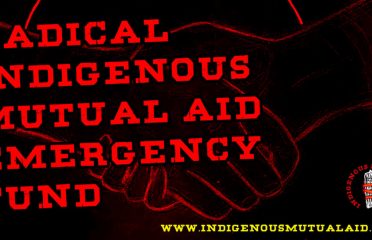