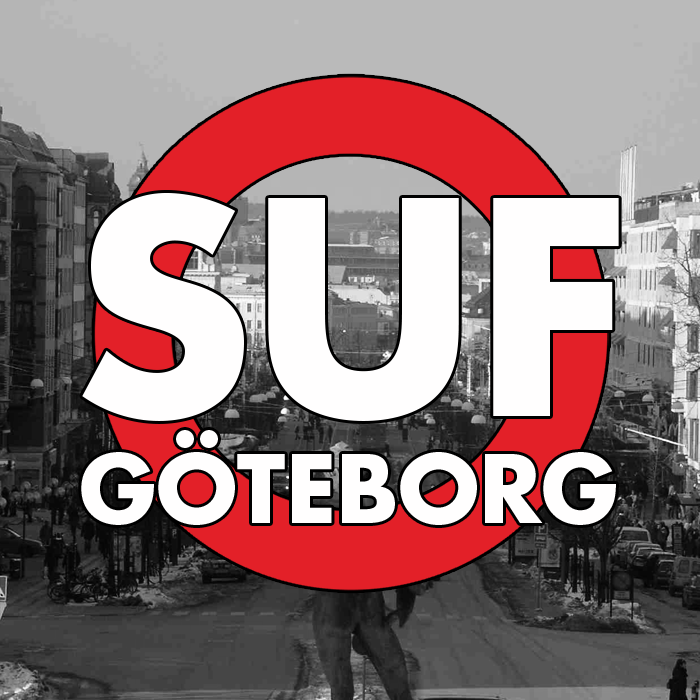 The Swedish Anarchosyndicalist Youth Federatio (SUF) in its current form was founded in 1993, following a period of economic crisis and severe blows to the old social democratic welfare model. SUF has some of its roots in a young militant autonomous movement that began to grow in Scandinavia in the early nineties. Inspiration also came from an older Swedish syndicalist tendency represented by the SAC. From just three clubs in 1993, it grew rapidly and was soon made into a national federation. SUF today is made up of local clubs all across the country, with several committees active within the federation. We publish an online magazine called Direkt Aktion, https://direktaktion.nu.

Our main focus today is the situation and needs of young people in Sweden. Thus we act within a wide spectrum, from issues of housing and the struggle for the commons, to young people’s rights at work. We are not (as some people assume) a labour union for young people, thus some claim that we can therefore not be anarchosyndicalists in the technical sense. However, our idea of anarchosyndicalism expands beyond the mere daily labour union activity.

In a global community where capitalist relations have expanded into all parts of society, we need a broader movement and a broader definition of class struggle. Capitalist logic is constantly present all around us, embracing the whole of society – not only from 9 to 5 in our workplaces – and therefore resistance must expand outside of the workplace and into all parts of society. This means that we belive it to be possible – and nessesary – to confront capitalism not only in workplaces, but in schools, at universities, in local communities, etc. This can be done in many ways and we practise and value a diversity of tactics.

Our goal is the class- and stateless society, where power is no longer in the hands of an elite, and the society is in democratic control of the means of production. We belive in self-management and autonomy. We call this vision libertarian socialism. We are anarcho-syndicalists, meaning that we promote federalism as the model of organizing and direct action as the means of struggle.

We consider the most important struggle to be the direct confrontation, the economic struggle, between the classes. This can be in the form of the traditional general strike as it has been promoted by anarchosyndicalists in history, but also in many other forms, such as organised autoreduction. We reject party politics as a mean of social transformation, and we reject authoritarian models of state-socialism such as the dictatorship of the proletariat.

Instead we consider the question of how we try to implement ideas to be as vital (if not more) as the actual ideas we are trying to implement. We try to have an un-dogmatic approach to socialism. This also means that we in no way are nostalgic about the social democratic welfare state model. It is apparent, now more then ever, than it is impossible to try to build socialism “in one country”. Economic globalisation has proved this. The struggle must be as global as capital itself. We reject the idea of national states and borders.