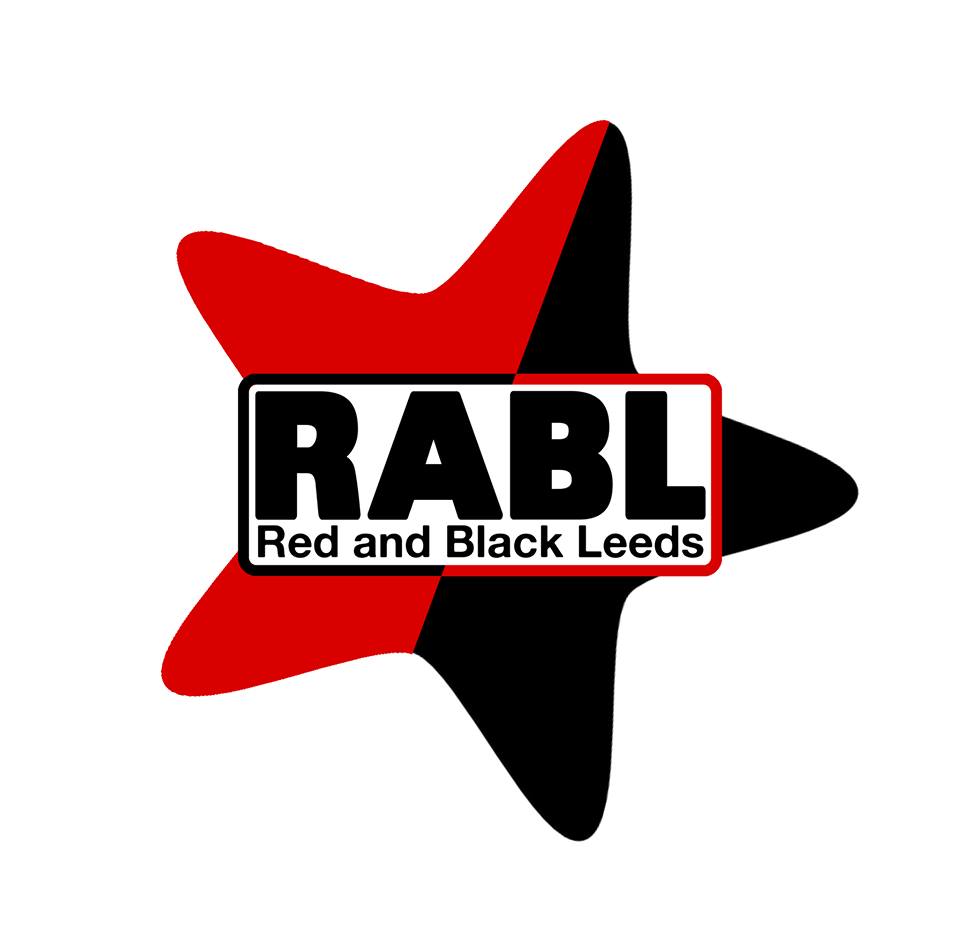 Red and Black Leeds (RABL) is an organisation of anarchist-communists based in and around Leeds and West Yorkshire, committed to working towards the abolition of all hierarchy and the revolutionary destruction of capitalism and the state.

We live in a divided society. The ruling class – business owners, bosses, politicians, bureaucrats – own or control almost all of the world’s wealth. The rest of us are left to scrape by, selling ourselves to earn a wage or barely surviving on meagre handouts from charity or the state. Their wealth depends on our continued servitude: they rake in immense profits selling the products of our labour, whilst we are lucky to have enough to live on. Governments maintain this system of exploitation, protecting the property of the ruling class and keeping the rest of us line, by force if necessary. This is capitalism, a global social order that has come to dominate our world.

We believe another world is possible: a world where the immense wealth and sophisticated technologies that surround us are put to work to satisfy the needs of all. A world based on cooperation and mutual aid, rather than competition and mutual strife. A world where everything is held in common, and we all have a say in the decisions that effect our lives. A world without states and borders; without bosses and bossed; without work, without wars, without want. To create such a society, we need a mass movement organised on a global scale. But the struggle begins here and now, in our own neighbourhoods, in our workplaces, in our day to day lives.

Wherever ordinary people come together to fight back against exploitation, to resist domination and repression, to struggle to build better lives for one another, they are laying the foundations for revolutionary change. By participating in and supporting these struggles, we put our ideas into practice. We push for democratic decision making, mass participation, and direct action, aiming to join up different struggles to build a mass movement against the existing social order.

As an organisation, RABL is just one small part of this process. We have a long way to go to bring about a better world, and we can’t do it alone – but by organising in there here and now, around the most basic demands, we can bring the change we want a little closer. If you would like to get involved in what we’re trying to do in Leeds, or if you’d like help starting a similar group somewhere else, get in touch using the contact form on our website, or come talk to us in person at one of our events or socials. For more information one what we do and what we believe, have a look at our Core Principles, read our blog for the latest news and analysis, or check out our resources page.