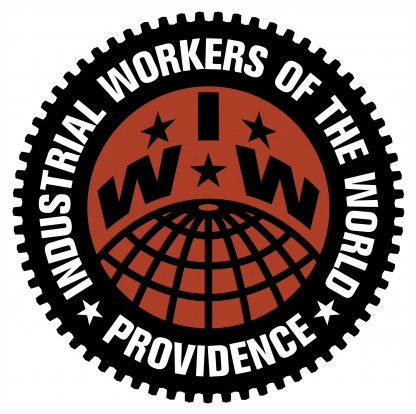 Providence Industrial Workers of the World

We are the Providence General Membership Branch (GMB) of Industrial Workers of the World, a international labor union dedicated to revolutionary social change.  We are a democratic, grassroots labor union that is dedicated to organizing all workers across industry lines in the spirit of solidarity.  As a GMB we accept members regardless of what industry or workplace they work in.  We come together to fight where we are at regardless of contracts or lack thereof.

Here are some facts about the IWW:

We are the Industrial Workers of the World because we organize industrially. This means we organize all workers producing the same goods or providing the same services into one big union, rather than dividing workers by skill or trade, so we can pool our strength to win our demands together.

Since the I.W.W. was founded in 1905, we have made significant contributions to the labor struggles around the world and have a proud tradition of organizing across gender, ethnic, and racial lines long before such organizing was popular.

We invite you to become a member whether or not the I.W.W. happens to have representation rights in your workplace. We organize the worker, not the job, and recognize that unions are not about government certification or employer recognition but about workers coming together to address common concerns. Sometimes this means refusing to work with dangerous equipment and chemicals. Other times it means agitating around particular issues or grievances in a workplace or industry.