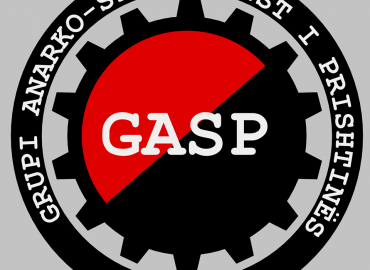 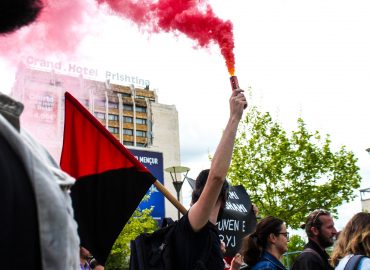 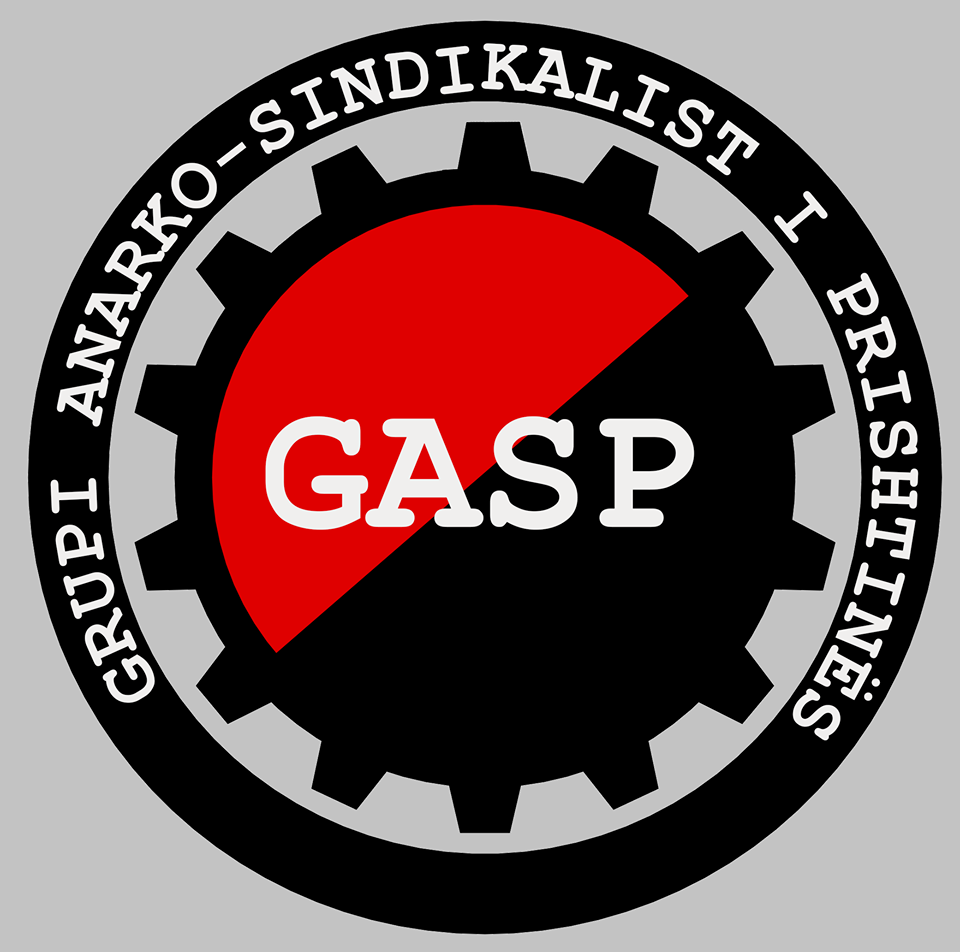 Anarcho-syndicalist group of Prishtina (gasp) is a collective of revolutionary individuals who fight for a new kind of organization the workers, students, youth and retirees, through the creation of another type of union; a non-hierarchical revolutionary union struggling to free labor, the worker and the unemployed from the clutches of chiefs, the state, and any other oppressive institution.

We work to enable workers (and others) to self-organize on the principles of direct democracy, solidarity, equality and freedom in order to improve their position in the fight against bosses, and thus to form the first structures of the anti-capitalist working class.

In addition to trying to improve the economic position of workers, our effort at the same time is also political. Our fight against capital is a revolutionary effort against all kinds of inequality and oppression: hierarchy, patriarchy, xenophobia, homophobia, fascism, nationalism, the state, etc.
Our struggle is an attempt to create a free and equal society; no classes, no chiefs and no state.

What do we do?

We operate as a local trade union group and initially, our function is to provide support to members in their workplaces and abroad, through direct actions and solidarity actions.
However, our actions are not limited to our members, they expand to organization and propaganda focused on the entire working class. These (among other things) are:

• Support for workers – through direct actions (occupations, sabotages, subversive acts), protests and awareness raising symbolic actions as well as other activities in support of oppressed workers.

• Solidarity actions – support workers and communities in their political / economic affairs through the creation of solidarity funds, support by other material means, volunteer work, etc.

• International coordination – supporting, organizing, networking and coordinating actions with similar groups and unions from the region and the world.

• Solidarity. As individuals, we are weak alongside the power of the boss and the state, but collectively we have power. We cannot rely on anyone but one another.

• Horizontal self-organization. We organize through non-hierarchical structures, without chiefs and leaders as well as without the help of the state, private capital, political parties, hierarchical pro-parliamentary political movements, NGOs, and so on.

• Direct actions. We do not make requests to policy makers or political representatives. We are the ones who decide what we need, so we take what belongs to us and create what we need.

• Direct democracy. This principle implies that all decisions are taken collectively and that each member has the right to equal participation in discussions and decision-making on any matter of the group.

• Autonomy. Every union group and / or individual has autonomy of action, of course, only if they do not contradict the group’s principles.

Who can become a member?

Anyone who accepts the principles of anarcho-unionist organization and action is welcome to join us. It is not necessary to be anarchists / anarcho-syndicalists to be part of the GASP.

We never accept: owners / bosses or anyone who creates their own income by employing workers, individuals who are in position and have the power to hire or dismiss workers, members of political parties or pro-capitalist political movements pro -parliamentary and hierarchical, members of right-wing organizations – nationalist, fascist or pro-fascist, racist, xenophobic, patriarchal, sexist, homophobic, etc.

We call on all individuals and groups who see themselves in our principles to join our common struggle for a free and equal society!