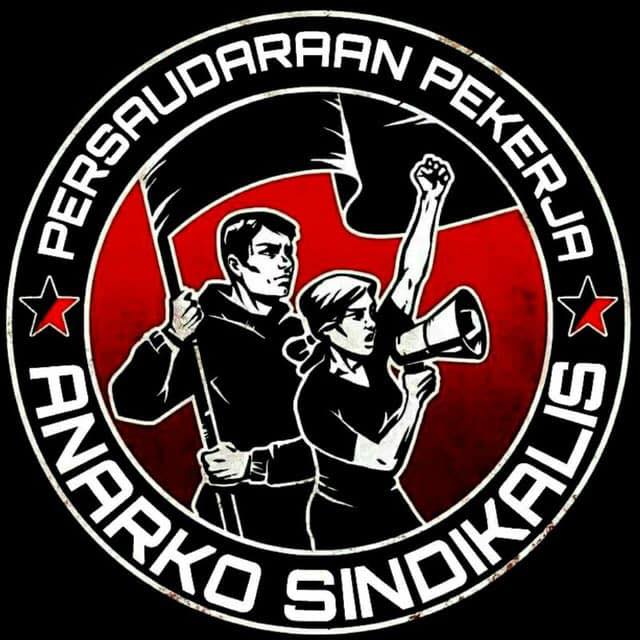 Departing from the understanding of Anarko Syndicalism that places full sovereignty on aspects of production in its fight against global capitalism, PPAS takes the path of decentralizing power to its individuals by not building a centralized and concentrated structure based on the experience of the labor movement (union) generally which is very vulnerable to dampening radicalism of action through its elites. The workers that PPAS intends to continue to adapt to the conditions of the world of work which is now increasingly complex with a variety of professions and create gaps in the working class itself. PPAS believes that, even non-workers affected by aspects of the production of the working world (example: prospective workers or students, as well as unemployment), are also part of the modern Anarko Syndicalism movement. Each background has a unique problem and potential that should move to design and then trigger a revolution through the method of direct action in various forms that are possible and necessary, together to win the battle of positions for the mastery of the means of production, for the purpose of the welfare of humanity toward a world classless order.

Through various media, both print and online, PPAS provides and continues to introduce Anarko Syndicalism more widely to the general public.

PPAS education opens space for discussion and learning on a par with the themes of the working class, the world of work, capitalism and of course Anarko Syndicalism itself is well focused, popular and routine.

PPAS Organizing and Networking has increased independent affiliation with several organizations and individuals from various fields of work, especially at the local level by describing the importance of Syndicalism as a way of life. PPAS also accompanies organizations and individuals in countering the arbitrariness they face in the workplace without influencing their autonomy and offering it by upholding volunteerism through the perspective of their interests and needs. Workers’ organizations, social movement groups, and individuals who network with PPAS generally are those who have the same ideology, strategy, and tactics with what PPAS holds.

PPAS has the principle of decentralization, which means the opposite of building power or power centrally. Each section of the PPAS region has its own autonomy in determining its needs. Every decision taken in each part of the region must be built from the bottom up, not vice versa.

Equality
Each individual, affiliated group and part of the PPAS region has equality in any case in the organization according to their respective scope.

Direct Action Direct action is a hallmark of the Syndicalism movement to suppress compromise to a minimum with capital owners, bosses and also the state. Direct action including mass strikes, illegal strikes, boycotts and even sabotage is not only a method of movement but a principle that is integrated in this movement in order to achieve tangible results without further ado.

Internationalism. The struggle to free the working class from capitalism and the state can only occur if carried out internationally. PPAS rejects national ideas and prefers international solidarity. In actual practice, PPAS supports the local struggle of the Anarko Syndicalist organization elsewhere and vice versa. This can especially be seen in the struggle against multinational companies that have businesses in various countries, where the company will get resistance from many Anarko Syndicalist organizations in various countries simultaneously. Building a movement between regions and nations means building a global movement for victory in the destruction of capitalism.

Solidarity and Mutual Cooperation
PPAS supports every struggle in the workplace and also the community. Solidarity and mutual cooperation reflect the idea that everyone must work together and need one another. Without solidarity, small wins or broader social change is highly unlikely.

Independence
PPAS seeks to develop non-capitalistic economic units that exploit and accumulate diversity and wealth for the sake of group operations in a registered and accountable manner through formal or informal mechanisms. PPAS finance is obtained from the contributions of its own members and is not forced. PPAS refused to get subsidies from bosses, financiers’ organizations, political parties and also the state and its institutions.

Rejection of Capitalism and the State
PPAS is an independent organization – both financially, politically and organizationally – and does not depend on the political and business interests of the state and capital. This is because the struggle against capitalism and the state must be determined solely by grassroots organizations so as not to allow these interests to influence the struggle. Workers and financiers have nothing in common. PPAS opposes forms of collaboration between workers and their bosses such as bureaucratic unions and other schemes. In the workplace struggle, victories may be related to concrete material demands, but basically the main purpose of the syndicalist is to replace the capitalism system and the state with an equal and independent society.