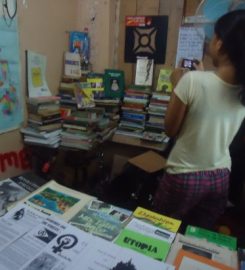 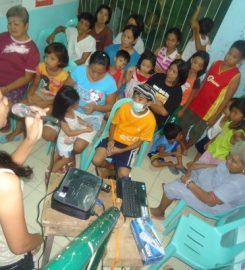 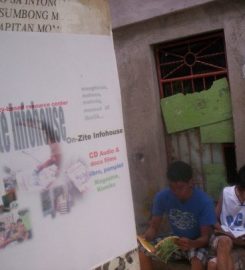 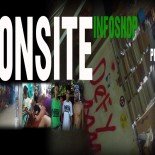 OnSite Info shop is a community-based resource center run by autonomous activists and anarchists and has local volunteers from OnSite Community. It struggle to exist to provide venues to share critical information and relevant skills appropriate to marginalized people.

To create venues to facilitate the following:

It started to operate four years ago but its root can be traced in 2006 when it started to provide textbooks to students and initiated discussions related to ecological issues.  Volunteers realized that the community of OnSite in general is not aware to serious ecological crises. The ignorance of the community to many issues is related to actual condition of majority of families in the locality.

OnSite community is an informal settlement established during early 1990s. It was a relocation site provided to 150 families removed from site near South Super High Way in the area of Barangay Buli, Muntinlupa City, Philippines.  The actual site currently occupied by the community is a one hectare private property belongs to Puyat Corporation. Based on documents, it was donated by the said corporation to local government intended for public park.

Another document which is a memorandum of agreement signed by local officials, representatives of Puyat corporations and Home Owners’ officials allowing 150 families to occupy the area. It is stated in the document that a family will be allowed to stay as long as the beneficiary is still alive; if the head of the family (the beneficiary) is already deceased, his/her relatives will be given an ample time to vacate the area.

The culture within the community is not different from typical informal settlement in the urban; they are not aware of the details of the issues that are directly related to their situation; if there are individuals who are clever enough to grasp their situation, they do not have the capacity to effectively communicate to raise issues to make people do something.

The inter-related social issues oppressed many people in the community, it deprived the children of basic quality education and nutritious protein; it has no access to health services; people are trained not to cooperate, they tend to compete to support politicians where they pledged loyalty and deeply engrossed with corporations.

Generally, issues such as poverty, lack of alternative livelihood, gender inequality, lack of access to quality education and the constant threat of natural calamity such as earthquake and flood are issues identified as priority problems.

The OnSite community is lying on the West Marikina Valley Fault Line, it is one of the most active fault line and consistently monitored by the government. Also, the area is located near Laguna Lake, it is only about 200 meters aways from the shoreline, it is a low lying area formerly used as rice field that occasionally experience flood.