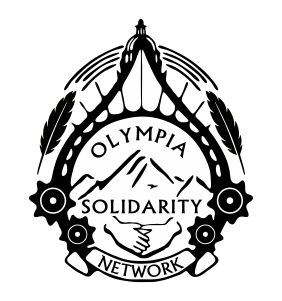 Olympia Assembly seeks to advance a platform to transform our city, region and the world along horizontal and cooperative lines and to provide a practical and revolutionary structure for non-ruling class people to resist systems of domination and hierarchy. We will work in solidarity with other regional and global efforts working towards a new politics of participatory democracy, ecology, freedom and socialism.

Our Theory of Change

Olympia Assembly seeks to accomplish its goals through a combination of Oppositional Politics (Protest, Resistance, Direct Action) and Reconstructive Politics (Alternative Social and Economic Institutions, Radical Reforms, Community Building), a strategy known by some as Dual Power, or “Building the New World Within the Shell of the Old“. While we want to bring about this new world as soon as possible, we approach this work gradually, experimenting with and testing new ideas rather than trying to do everything all at once. This way, we are able to learn and deliberate as a community about the best courses of action to take, and contribute to a global Just Transition away from Capitalism that protects people and the environment.

Assemblies are ways for people to get together to talk about political and economic issues and solve problems without representative politicians, bureaucrats, and other ruling classes above them. They can do everything from pooling skills, tools, resources, needs, and ideas together, to implementing direct action, mutual aid, popular education, and infrastructure building.

They make political activism more accessible to more people, and more kinds of people than single issue groups. They involve students and workers, parents, elders and youth, immigrants – documented and otherwise – and everyone in between. They allow us to harness our power together. They help us care for each other in times of trouble, and protect members of our community who may be targeted by threats from the state, hate groups, corporations, and people who, through their greed, ignorance or fear, would do us harm.

General Assemblies are organized four times a year, and Assemblies on particular topics are announced periodically and publicized through our networks.

Olympia Solidarity Network (OlySol) is a project of Olympia Assembly, modeled after the Seattle Solidarity Network. OlySol organizes with tenants and workers to win back stolen deposits, rent-hikes, housing discrimination and other abuses of power by landlords and bosses while building a popular base  committed to long-term institutional change and people power.

Olympia Assembly is organizing a network of alternative community institutions, called Neighborhood Action Councils (NACs) or Neighborhood Assemblies to provide a scalable outlet for the practice of direct democracy, direct action, solidarity and mutual aid on a face-to-face basis in the neighborhoods of Olympia and Thurston County. NAC meets monthly in downtown Olympia.

Olympia Assembly organizes a monthly reading group to discuss radical theory and practice, for learners of all experience levels. We believe that popular education is the foundation of any transformative politics. Our reading group currently meets on the first Sunday of every month at Burial Grounds Cafe at 4-6pm.