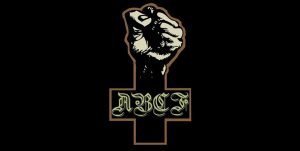 Free all U.S.-held political prisoners and prisoners of war!

How do we support Political Prisoners & Prisoners of War?

Making sure PP/POWs are a part of their own support is crucial and one of the greatest strengths of the Federation. We directly communicate with as many PP/POWs as we can. A large part of this communication is working together with them to find out what they need and how then we can practically provide this support. The Federation’s Prisoners’ Committee (PC), made up of 5 PP/POWs who have shown interest in our work and helping it grow, serves on the ABCF’s Federation Council. Members of the Prisoners’ Committee rotate yearly.

The ABCF also works to build alliances with the communities and the movements the prisoners participated in prior to their incarceration. Through these alliances, we work toward increasing the awareness about various liberation movements and the political prisoners associated with the movements. It is through these coalitions that we continue to ensure that imprisoned comrades are not forgotten by their movements or our own.

We also produce information about PP/POWs, the struggles they came from and the movements they represent. Booklets, fliers, video/audio tapes, T/sweat shirts and calendars are produced featuring these prisoners. This not only informs people about their existence and daily struggles behind bars (where the struggle continues), it heightens their visibility in our communities and funds from this merchandise are sent to them.

That’s another important responsibility of supporting PP/POWs. Raising material support is crucial. It is not uncommon to find that PP/POWs are left with no financial support to pay for phone calls or postage stamps to communicate with their families, friends and supporters; not enough money to pay for a news subscription or buy books; no funds to get proper footwear or summer/winter clothing. If we call these prisoners our comrades, we can not allow this to continue. And we don’t.

We raise these funds mainly through the Warchest Program. Through the Warchest, we collect monthly donations from our own ABC groups and monthly or one-time pledges from other ABC’s around the country, supportive groups and individuals. With these funds, we send out monthly checks of up to $30 to those PP/POWs who are receiving the least financial support to our knowledge.

Still, financial support and communication are but two forms of direct support needed to demonstrate to their keepers PP/POWs have not been forgotten. As enemies of the state, they serve the hardest time. The government often attempts to lock them far away from their families, friends and supporters. We must not allow them to be isolated. When geographically possible, we go into the prisons and visit PP/POWs. This also brings the harsh reality of political imprisonment much closer to supporters. It reminds us that PP/POWs are not only names and figures, pictures on our T-shirts and leaflets, but people with personalities and personal needs. And if we forget this or neglect to include it in our work to defend them, our foundations will soon become weak.

What is the Anarchist Black Cross (ABC)?

Since the beginning of the Twentieth Century, the Anarchist Black Cross (ABC), has been on the frontline in supporting those imprisoned for struggling for freedom and liberty. Until recently, the history of the ABC movement has been lost to the pages of time. The present generation of ABC collectives were left rootless with little known information about this organization. Now, specific questions regarding our origin can now be put to rest. We have now begun to rediscover our roots.

The year of origin has been a nagging question regarding the history of the Anarchist Black Cross, also known as the Anarchist Red Cross (ARC). According to Rudolph Rocker, once the treasurer for the Anarchist Red Cross in London, the organization was founded during the “hectic period between 1900 and 1905.” Despite his involvement in the early stages, we do not feel these dates are very accurate. According to Harry Weinstein, one of the two men who began the organization, it began after his arrest in July or August of 1906. Once released, Weinstein and others provided clothing to anarchists sentenced to exile in Siberia. This was the early stages of the ARC. He continued his efforts in Russia until his arrival in New York in May of 1907. Once he arrived, he helped to create the New York Anarchist Red Cross.

Other accounts place the year origin in 1907. During June and August of 1907, Anarchists and Socialist-Revolutionaries gather together in London for two conferences. It is believed that Vera Figner, a Socialist Revolutionary, met with Anarchists to discuss the plight of the political prisoners in Russia. After this meeting, the Anarchist Red Cross organized in London and in New York. In addition to this information, we do know that members of the organization were on trial in 1906-1907 in Russia. Therefore, We feel the most accurate date of origin for the Anarchist Red Cross would be late 1906- early 1907 for the Russia section; June or August 1907 for the creation of the International section.

Because of their support for Political Prisoners, members of the group were arrested, tortured and killed by the Tsarist regime. The organization was deemed illegal and membership was reason enough for arrest and imprisonment in Artvisky Prison, one of the worst hard labor jails in Siberia. ARC members and prisoners who managed to escape from prison fled from Russia creating chapters in London, New York, Chicago and other cities in Europe and North America.

The 1917 Revolution caused a celebration throughout the Socialist, Anarchist, and Communists communities. The ARC liquidated and members began to make plans to return to Russia in hopes of participating in the new society. Sadly, their return was met by Bolsheviks repression, similar to that of the Tsarist era. After a few years of hibernation, the group was forced to resurface to assist the Political Prisoners in the new Bolshevik society. Once again the organization was made illegal and membership meant imprisonment and/or death.

During the Russian Civil War, the ARC’s name changed to the Anarchist Black Cross to avoid confusion with the International Red Cross, also organizing relief in the country. It was also during this period that the organization organized self-defense units against political raids by the Cossack and Red armies.

During the next 7 decades, the group would continue under various different names but has always considered itself part of the Anarchist Red Cross/Anarchist Black Cross formation. ABC’s support for Political Prisoners spread to the four corners of the globe. What was once a typically Russian-Jewish organization, now had many faces and ethnicities.

In the ’80s, the ABC began to grow and new ABC groups began to emerge in North America. In the United States, the ABC name had been kept alive by a number of completely autonomous groups scattered throughout the country and had grown to support a wide variety of prison issues.

The 1990s and 2000s brought several ABC formations in North America (ABCC, ABCN, ABCF). The relationship between these formations has always been considered strenuous. The Break the Chains conference in August 2003, along with sidebar discussions between collectives, brought about a better working relationship between the ABCF and ABCN formations. (The ABCC was a short-lived formation, dying off in the early 1990¹s.)