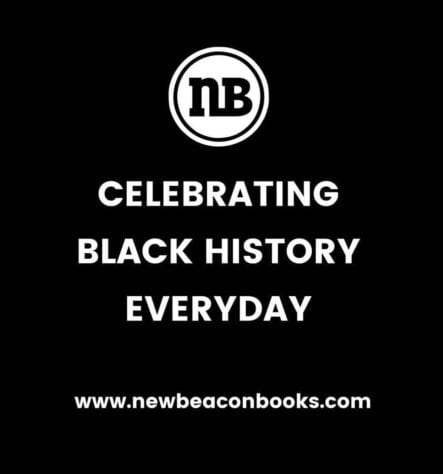 Specialists in African and Caribbean Literature since 1966

New Beacon Books was founded in 1966 by John La Rose and his partner Sarah White and was the UK’s first black publisher, specialist bookshop and international book distributor. For over 50 years New Beacon Books has made available to Britain and its communities poetry, literature, non –fiction, history and children’s books from Africa, Caribbean, Asia, African America, Europe, South America and Britain. Inspired by John La Rose’s political and cultural vision derived from experience in the Caribbean and South America, New Beacon was never just a book business. New Beacon as a publishing house has produced an important body of publications. The bookshop has been at the centre of many ground-breaking political and social projects, organisations and campaigns including the George Padmore and Albertina Sylvester Supplementary Schools, Caribbean Artists Movement (1966-1972), CECWA campaign against putting black children in ESN schools, International Book Fair of Radial Black and Third World Books (1982-1995), the Black Parents Movement (1975- 1990s), the New Cross Massacre Action Committee (1981 ), the Committee for the Release of Political Prisoners in Kenya (1980s), George Padmore Institute GPI; archive of the struggle of people of African, Caribbean and Asian descent in Britain (1991) and European Action for Racial Equality and Social Justice (1990s).

After celebrating 50 years of achievement in 2016 the directors of New Beacon Books recognised that New Beacon bookshop, as it was currently organised, was not economically viable. The modern book industry with new ways of buying and reading books like Amazon and Kindle and the formation of super publishers and distributors was killing independent specialist bookshops like New Beacon. Very few of the bookshops who started when we did like Bogle L’Ouverture (Walter Rodney Bookshop) or Head Start had not survived to today. The directors took the decision to close New Beacon Bookshop in February 2017. They calculated that it would take a while to clear stock and reorganise the bookshop. At the beginning of 2017 a group which included Janice Durham (director) Michael La Rose (director and John’s son) , Renaldo La Rose (John’s grandson) and his wife Vanessa La Rose decided they would attempt to keep New Beacon Bookshop going. The individuals came together as the New Beacon Development Group. Calling on volunteers and voluntary work, in the New Beacon tradition, the group reopened the bookshop (temporarily) from Wednesday to Saturday between 1.30pm and 6pm in February 2017. The remit of the group is to make New Beacon Bookshop survive and explore a new economic model to sustain its survival and raise New Beacon’s profile for a new generation of the public including activists, students, educationalist, parents and children.

With the aid of social media, the community has responded in force with some donating their time and services. A crowd funding campaign to raise money to reconfigure the bookshop space, upgrade the IT system and build a website in our battle for survival; was launched in March 2017. This raised £12,500 and has allowed us to start the work to provide the tools to attempt to find sustained financial viability. We wish to thank all those who have contributed to our exciting project and for supporting our attempts to make New Beacon Bookshop survive for future generations.