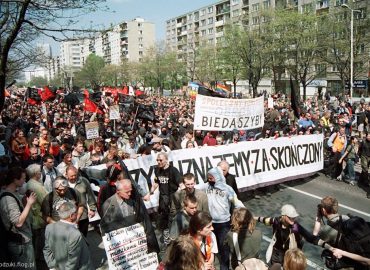 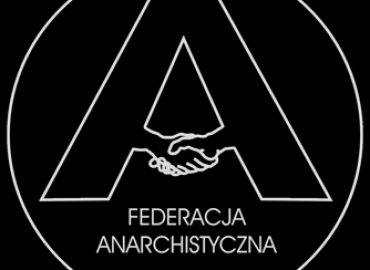 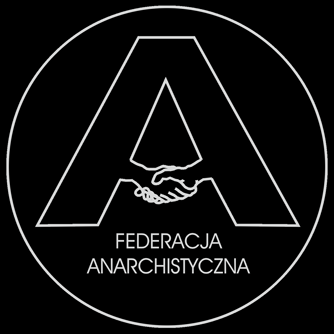 • As anarchists, we are convinced that the inevitable concentration of power in the system of state communism must lead to the formation of a narrow elite of power controlling the rest of society by means of administrative coercion, and the concentration of capital in the capitalist system leads to the creation of an equally narrow elite, controlling society by means of economic coercion. Because none of these situations can be reconciled with the idea of ​​universal freedom that we profess, we are in favor of abolishing all hierarchical structures in both social and economic life.

• Instead, we postulate the creation of a network of autonomous organizations based on the principles of voluntary and self-government covering all aspects of social life, in which members of society will be able to fully meet their life needs. Voluntary, self-governing and autonomy are therefore the basis of our program of social change. They mean the individual’s right to participate in or remain outside any organizations, the right to co-decide on all matters that concern him or her directly and a guarantee that no one will be able to decide the fate of people without their consent and participation.

• Anarchist self-government is therefore all those to whom the decisions relate, and in justified cases their democratically elected representatives, responsible to the others for the performance of their tasks. Anarchist changes do not mean chaos, lack of organization and nihilism. On the contrary, the proper functioning of a democratic community requires a high level of ethics and responsibility from its members.

• We believe that today’s society is dominated by a narrow ruling class with either administrative power or capital; controlling the rest of society in the interest of itself. The ruling class, even if it exercises power by democratic authority, when it acquires it is no longer interested in maintaining democratic rules of the game. Such an organized society cannot exist without coercion and repression, because maintaining the privileges of a narrow elite is only possible thanks to the existence of a police apparatus ready to defend the status quo.

• Capitalism is based on economic coercion and social inequalities, forcing the majority of society to renounce their own desires and give up fulfilling their own needs in the name of the interests of the owners of the means of production. Due to the fact that the capitalist system is not able to satisfy the needs of the majority of society at a satisfactory level, and its functioning inevitably leads to the concentration of capital in the hands of a small minority, the development of capitalism always leads to the emergence of a class conflict and an apparatus of repression designed to safeguard the interests of the dominant classes. That is why we believe that the capitalist system cannot be reconciled with the anarchist idea of ​​universal freedom.

• The overthrow of capitalism and the state is not possible by means of constitutional changes or thanks to political parties. Elites for whom the prevailing system is a source of power and privileges will never voluntarily agree to limit them. As history teaches, all radical social changes occur only when there is an organized force seeking to introduce them. Freedom based on voluntary structures cannot be enacted or decreed, it is possible only if society itself creates forms of organization that will be able to effectively replace the capitalist-state system, or overthrow it if necessary. That is why we believe that real changes can only be carried out with the help of grassroots, universal self-organization of society.

• We are convinced that armed conflicts are an inherent result and tool of action for states, and therefore we do not believe in any declarations and alliances (eg NATO) that would prevent the outbreak of wars.

• We stand against nationalism, racism and other ideologies discriminating against any social groups, trying to convince members of society that there are common interests of racial or national groups. In our view, the above-mentioned ideas serve the ruling class as a tool for dividing society and maintaining their own dominance.

• We also claim that the state and capitalist economy are guilty of polluting the environment and cruelty to animals, which are thus falling victim to the eternal pursuit of profit at all costs.

• The Anarchist Federation aims to promote anarchism, support and mobilize social self-organization, and fight against all manifestations of social inequality and injustice that are an integral part of the capitalist and state system. 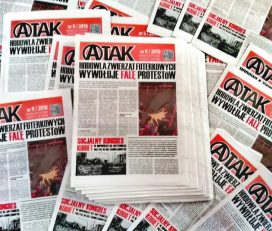 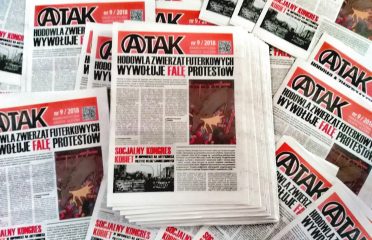