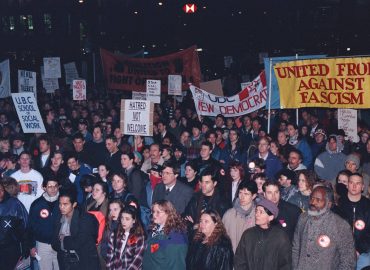 The Canadian Anti-racism Education and Research Society is a registered non-profit society and has charity status. The purpose of the Society is to:

Our track record is proven. We have helped organize some of the largest anti-racism and hate demonstrations in Canada and our research and work have shut down hate groups. We have held successful conferences and a wide variety of workshops on stopping racism and hate.

CAERS has helped organized some of the largest demonstrations against organized hate groups in Canada, including 3,000 people in 1992 to protest in downtown Vancouver against White Aryan Resistance, 2,500 people in 1989 to commemorate the life of Nirmal Sign Gill who was kicked to death by five racist skinheads, and 4,000 in August 2017 against the Soldiers of Odin.

A brief outline of CAERS’ history of opposition to hate groups is outlined in Action. This brief history is important because it demonstrates how organized hate groups can effectively be opposed and dispels common notions about the structure, organization, international connections, membership and methods of recruitment of hate groups.

CAERS has received commendations from every level of government, schools, unions and a wide variety of public institutions throughout Canada for its successful work. When institutions have problems with racist groups, CAERS has trained staff and resolved conflict. In the case of Corrections Canada, for example, CAERS developed and implemented a training program for Matsqui Institution that was recommended by the Warden for implementation throughout Canada. The initiative received an award from the BC Government for anti-racism education and training.

The Society also works closely with the mainstream media to cover important issues and in 2018 received an award for fighting racism from SPICE radio, one of the largest South-Asian radio stations in the province of BC.

CAERS maintains a Facebook page[1], a website[2]and a YouTube[3]channel to provide current intelligence and resources on hate groups and hate crime. The website provides a report form for the targets of hate crime and more comprehensive analysis of racism. The Facebook page receives 4-5 thousands hits per week and the website between 5-10,000 per month. The website is currently under repair after months of repeated attacks.

CAERS also works with a variety of agencies and foundations, including the Vancouver Film School. The work undertaken with the Vancouver Film School was to develop anti-racist education materials. CAERS also received funding from the National Film Board to interview and document how people are recruited into hate groups and how some are able to leave. CAERS is now working with several universities to develop an educational application for students as part of a first year social studies curriculum.

However, like many front line anti-racist groups, the Society has not received funding from any level of government since 2007 due to changes in the priorities and programs of various government agencies due to the belief that hate groups and racism were no longer a serious problem in Canadian society. Lobbying by the Society for legislative change to enable prosecution of online hate and hate crime also violates charitable tax regulations on the percentage of time allowed for lobbying. As a result, the Society now depends on volunteers and the generosity of community groups and union locals to carry out critical research and education on right wing extremism and the growth of hate groups in Canada. This is a serious problem since hate group activity in Canada is poorly understood within much government, law enforcement, intelligence and academic work. The failure to properly understand social movements, right wing populism and the convergence of far right ideology and with some political parties and leaders has led to a critical failure to adequately address hate and hate crime in Canada and the United States. 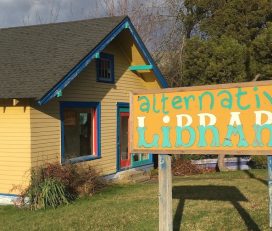 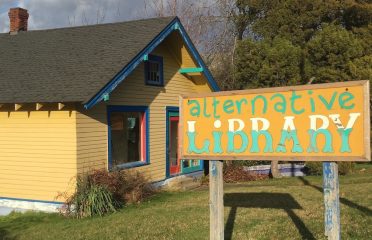