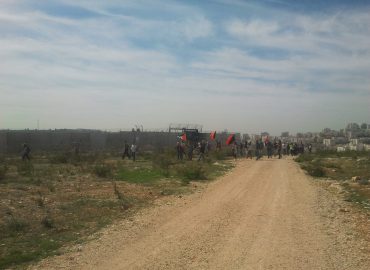 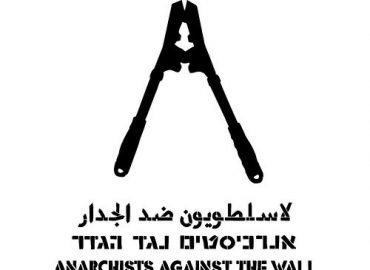 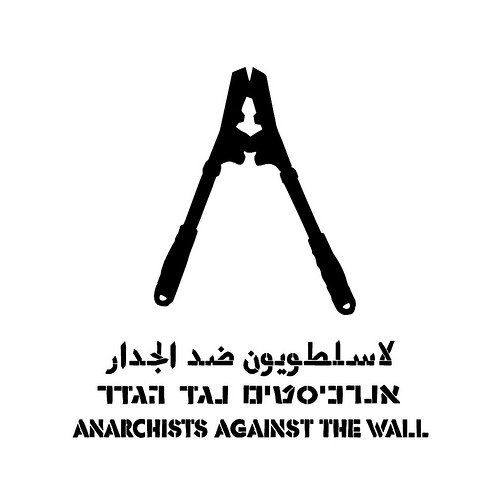 Anarchists Against the Wall

Anarchists Against the Wall (AATW) is a direct action group that was established in 2003 in response to the construction of the wall Israel is building on Palestinian land in the Occupied West Bank. The group works in cooperation with Palestinians in a joint popular struggle against the occupation.

Since its formation, the group has participated in hundreds of demonstrations and direct actions against the wall specifically, and the occupation generally, all over the West Bank. All of AATW’s work in Palestine is coordinated through villages’ local popular committees and is essentially Palestinian led.

In April 2003, three years into the Second Intifada, a small group of mostly anarchist Israeli activists, already doing various political work in the Occupied Territories formed Anarchists Against the Wall. The group was established around the formation of a protest tent in the village of Mas’ha, where the wall was nearing and would leave 96% of the village’s land on the “Israeli” side.

The camp, formed by Palestinian, Israeli and international activists was composed of two tents on the village’s land which was slated for confiscation. A constant presence of Palestinian, Israelis and internationals remained for four months. During which, the camp became a center for information dissemination and a base for direct-democracy decision-making. A number of wall related direct actions were planned and prepared at the camp – such as the July 28, 2003 direct action in the Village of Anin. In that action Palestinians, international and Israeli activists managed to force open a gate in the wall in spite of being attacked by the army (See Haaretz article ).

Late in August of 2003, with the wall around Mas’ha nearly completed, the camp moved to the yard of a house in which was slated for demolition. Following two days of blocking the bulldozers and mass arrests, the yard was demolished and the camp ended, but the spirit of resistance it symbolized was not demolished.

Without appealing to the Israeli courts, utilizing only popular resistance, the village succeeded to push the path of wall almost completely off its land.

Budrus’ success inspired many other villages to build a popular resistance, which is perhaps an even greater success. For a good part of the year, almost every village to which the construction of the wall reached rose up against it. AATW joined every village that called for its participation.

More recently our actions have been centered in and around the village of Bil’in, northwest of Ramallah, where most of the village’s agricultural land is to be effectively confiscated by the wall and an expanding settlement. 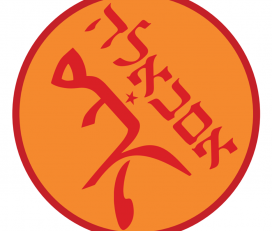 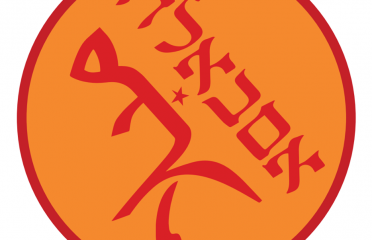 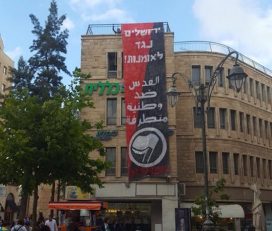 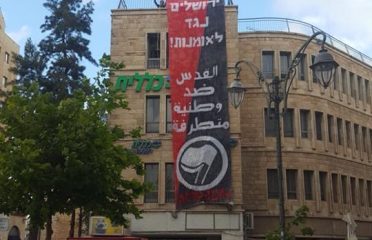