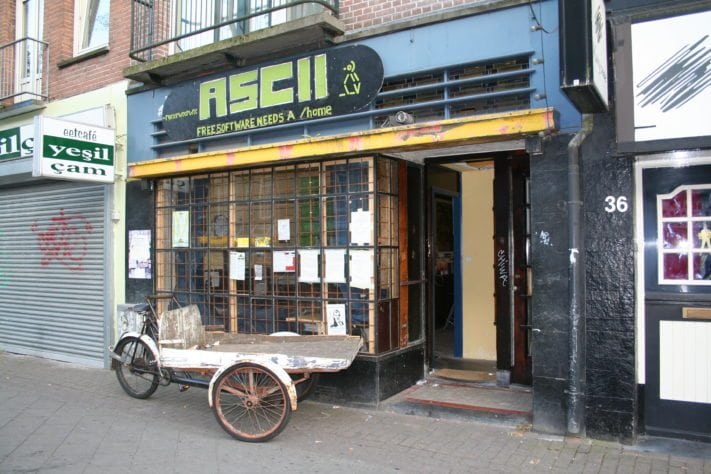 The Amsterdam Subversive Center for Information Interchange (ASCII, 1999-2006) was a radical technology collective and hacklab in Amsterdam. As an Internet work place it provided free Internet access to the general public using free software and recycled hardware.

The first incarnation was formed in 1999  and based at the Herengracht. The lab then moved to the following locations: Jodenbreestraat, Kinkerstraat, Kostverlorenkade, Wibautstraat and Javastraat.

The original aim was to provide a free internet work space for activists and squatters and to promote Open Source operating systems such as Linux and free software programs such as OpenOffice.org and Mozilla. Members of the collective scavenged and rebuilt computers from trash.

In 2005, ASCII was involved with a plan to set up free community wireless internet access across Amsterdam.

In 2006 Javastraat was evicted and the group declared a shift towards being a hacklab rather than having a physical space.

To quote the ASCII crew, “ASCII might have died in 2006, but Squatting and Hacking goes on.”