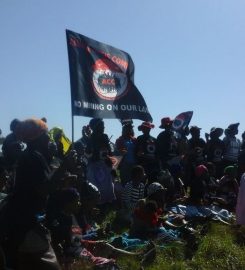 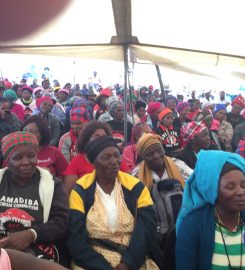 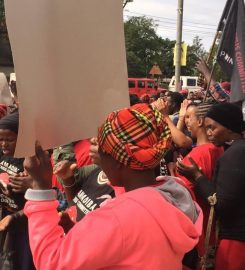 Amadiba Crisis Committee (ACC) was formed in 2007 by villagers of Xolobeni in Pondoland to fight mining titanium in their area. The Xolobeni village is situated on the Wild Coast in the Eastern Cape. The Wild Coast is an incredible, unassuming combination of breath-taking coastline, precipitous and craggy cliff faces, wild and desolate beaches, secluded bays, and green rolling hills that rush headlong into deeply etched river valleys. This is the natural beauty that the mining poses a threat to apart from the untold misery and health that it will cause to the lives of these villagers.

The proposed Xolobeni mine is a project by Transworld, a wholly-owned subsidiary of the Australian corporation Mineral Commodities (MRC), and would be one of the largest titanium mines in South Africa. The proposed mine has reserves amounting to 348.7 million tonnes of ore grading 5% titanium. The lease area is sizeable – 22km long and 1, 5 km wide, covering 2 867 hectares. It is estimated to contain 139 million tonnes of titanium-bearing minerals, including ilmenite, zircon, leucoxene, and rutile, mainly used in pigment manufacture. The envisaged US$200-million capital investment would include the construction of a mineral separation plant and smelter and the creation of up to 300 permanent jobs.

But an Eastern Cape government study from the mid-2000s raised large questions about the environmental hazards. Water requirements would be high and there was no firm plan to address the security of supply, it said, while company documents made little mention of the planned tailings dam and its “significant” impact. Other concerns were the possible relocation of homesteads, the impact on estuaries, increased road traffic, and the effect on “the sense of place”.

About 200 households face displacement from the farmland on which their livelihood depends. It is unclear how the villagers will be compensated where their livestock will move. They will mine around people’s houses. Also, this is a proclaimed marine protected area – mining cannot take place here. ACC believes that eco-tourism and agriculture are real development alternatives and that mining will rule out tourism trade.