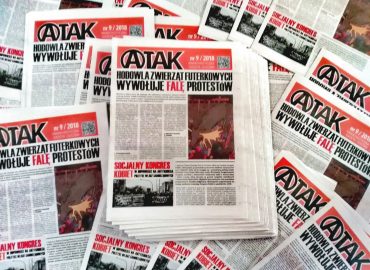 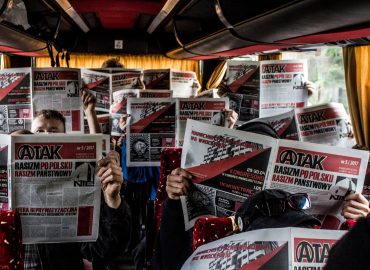 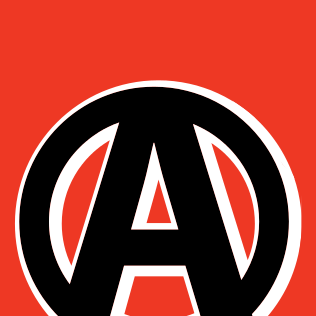 “A-TAK” is a magazine for you, which is why we are waiting for comments and criticism, we also count on support. We invite you to co-create it and help in distribution.

Publishing the magazine is not our only activity, we are active in many practical activities of the anarchist movement – we treat the magazine as one of the tools.

The newspaper is created by an editorial collective, if you want to contact us, write to: [email protected]

Support the fund that promotes anarchism and the issuing of “A-TAK” (eg, through donations, buying stickers, etc.). Contact: [email protected]

In order not to be too sentimental and veteran, it is worth writing that one is glad that someone took over the baton in the relay and wants to issue another letter called “A-TAK”.

I edited the magazine together with Rafał Górski and Łukasz Bezprym several years ago, in the years 1999-2004. It was created simultaneously in Kraków and Słupsk. The name “A-yes” was not invented first; in 1989, two issues of the magazine with this title were issued by the group of the Miedzymiastówka Anarchistyczna from Koszalin. We only used this title again.

When we started publishing the magazine and we had the whole first issue, the only thing we missed was the title. Different names came to mind – better, worse and bland. In an act of desperation, we shared our dilemmas with “Gala” – the editor of Mać Pariadki, which was at the time the best anarchist magazine in the country. “Gal” quickly found a solution and immediately gave us the title, stating: name it “A-TAK”. He added that it is a pity that a good name that has already existed wasted. This is how the second generation “A-TAK” was born.

However, we came across the best time to issue the magazine. The beginning of the new century is a period when there was a generational change in the anarchist environment. We started to deal with the topics we previously signaled in “A-TAK” and we simply ran out of time and energy to issue the next issues – the magazine ended its life on the eighth issue. With a grain of salt I can say that the eighth curse hit us. Not only have we finished publishing the magazine on this issue, but also such magazines as Revolta, Critical Parade and others.

It remains for me to wish the editorial team that the third generation “A-TAK” spread its wings and persistently continue what we previously dealt with and that the baton in the relay will be carried on. Anarchists for pens and keyboards!