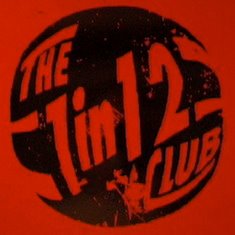 The 1 in 12 Club started in 1981, evolving from the local Claimants Union. Originally the Club organised social events in various local pubs and clubs. There was no need for a Constitution at that time – the Club was run by its members at weekly meetings held in local pubs (traditionally on a Sunday).

However, when the decision was made to go for a building of our own, we had to face up to the legal requirements of running a Club that sold alcohol. There were 3 legal models available:

1) A “public” bar. It’s hard to get new public licenses and the decision to allow such by the council and the magistrates is at their discretion. Also the cops have automatic access at all times. A non-starter really.

2) A private “proprietary” club. Which has members but is owned and controlled by an individual or company (like Arthur Daley’s club). Not for us.

3) A private members club owned and run by its members. Providing that certain legal requirements are met, then the “licence” (technically a “Registration Certificate”) cannot be refused! Also, the cops have no automatic right of entry to such a club. This is the law under which traditional Working Mens Clubs operate. The basic idea is that, since the club and all its assets, including the booze, are already owned by the members, then no booze is technically sold to them. Hence no public licence is needed. However, the specific legal requirements that have to be met are quite strict. This is the option we chose.

We originally knew nothing about these matters. However, a couple of books, essentially DIY Club guides, were obtained from the “Club and Institute Union”. This is the association to which most working mens clubs affiliate and although, as an organisation, they are reactionary and sexist, these books are very useful. The books, “500 points in Club law” and “Club bookkeeping and financial control” cost around £11 each (1995 prices) and can be bought from the CIU (tel: 0171 2260221). These gave us the background info on the law we needed, plus the outline of a standard Club constitution which we could adapt for ourselves. This we completed in 1987.

There was, as expected, trouble with the cops who opposed our initial attempts to get our “Registration Certificate”, claiming we weren’t going to be a “bona fide members club”. In the end a face to face meeting resolved the problems and we were granted our Registration Certificate by local magistrates in May 1988 and the Club building opened for business that month. This certificate has to be renewed periodically (initially after 1 year, later every 5 years).

In 1991 we took out a loan with Sam Smiths brewery for £12,500. They insisted on changes to the constitution to ensure that, if the Club went bust, they got first crack at any assets. These changes were finally approved in February 1995, giving the current constitution.

HOW THE CLUB RUNS IN PRACTICE.

The 1 in 12 Club is 2 separate things; firstly and most importantly it is a group of people who work together to promote certain political ideals and social change; secondly it is a building housing a members social club. The constitution was brought into being to deal with this second function, but at the same time remain true to the first.

The Constitution actually plays no noticeable part in the real life of the Club – it’s essentially a legal document that sets out the bottom line legal position and safeguards members legal rights with regard to the Club and its physical assets.

The day to day affairs of the Club are managed by the bar stewards and active Club members and volunteers. The running of the Club is controlled by the weekly “Sunday” meetings (the “General Committee” in the constitution). This is where all the important (and often trivial) business is discussed and decisions are taken. All members are welcome to these meetings.

Once a month the “Bar Collective” (aka “The staff & Finance Committee”) meets, made up of those members elected at the Annual General Meeting, the bar workers and any other interested members. This concentrates on employment and financial matters and reports to the following Sunday meeting with any recommendations.

In the future things may change. The building could close (if we went bust, for instance) but the 1 in 12 Club could continue in its primary form – that group of like-minded people with a common cause. The constitution would then become irrelevant. Or the Club could increasingly focus on the social and business side of its affairs and loose its political edge. This has been the fate of most “working mens” clubs, many which started with overtly political aims. Balancing both objectives is the difficult bit. In the end it is the membership who will decide what happens.