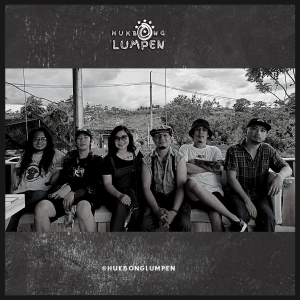 Hukbong Lumpen is an eco-socio-political band, based in the Philippines, who are inspired by blues and anarchist perspectives.

Each purchase includes a download (Mp3) of the full album and liner notes (PDF) with the song lyrics and meaning.

Mina de Oro is a song about the cries of the Mangyan (Indigenous Peoples of Mindoro Island) to stop and fight the rampant destruction of the environment – their home – due to massive mining activities.

Taking inspiration from the national scandal that is the murder of Frank and Sonya Gregorio committed by a police officer by the name of Jonel Nuezca, the song mainly questions the slogan of the national police force, “Serve and Protect”. Do they serve the people, or do they serve their personal interests? Do they protect the people, or do they protect the power they hold as symbolized by their badges and guns?

24/7 speaks about the crime of indirect hunger experienced by the masses, even when all efforts are exhausted to earn money in all sorts of ways – including selling your dignity – just to provide food on their family’s plate.

A play on DepEd (Philippines’ department in charge of the education of its citizenry), Deaf Ed calls for a major change in the education system which is focused only on grades, not skills, and the major downplaying of the contribution of the tribesmen and women on the rich culture and history of the country.

Word pun for balota (ballot) and tanga (stupid), this song explains the basic formula of Philippine Politics – politicians who acts like they could save the nation, and voters who worship them. It aims to call for a revolution that starts within oneself and not to depend one’s survival in the false promises of these clowns disguised as politicians.