The Center for Asian American Media (CAAM) will be celebrating 39 years of Asian American stories with CAAMFest 2021, happening May 13th – May 23rd in San Francisco and online. CAAMFest offers a diverse showcase of live streaming, on-demand, and drive-in programs featuring filmmakers from around the world.

A Radical Guide is excited to co-present MANZANAR, DIVERTED: WHEN WATER BECOMES DUST, Who is Lun*na Menoh?, and SELF | PORTRAITS.

For showtimes and tickets, visit CAAMFEST.com.

Celebrated filmmaker Ann Kaneko is back at CAAMFest with her stunning and eye-opening documentary, MANZANAR, DIVERTED: WHEN WATER BECOMES DUST—CAAMFest’s Centerpiece Presentation.

Many have heard of Manazar, California as a space where Japanese Americans were incarcerated during World War II. As we visit the city today, Manazar continues to be home to indigenous communities who have serious concerns about the water on their land. In this poetic documentary, we meet an intergenerational community of women as they fight for their land and their rights. They know that when they can align their diverse groups together, including Native Americans, Japanese Americans, and environmentalists, their voice is amplified.

About the filmmaker: Independent filmmaker Ann Kaneko is known for her personal films that weave her poetic aesthetic with the complex intricacies of political reality. Often involving subjects in other parts of the world, Kaneko probes the intersection where power impacts the personal. Her films have screened internationally and domestically at numerous festivals and have been broadcast on PBS. She has been commissioned to produce media installations for the National Endowment for the Arts, the California Endowment, and the Skirball Cultural Center.

Who is Lun*na Menoh? explores Lun*na’s edgy, witty and beautiful creations, showcasing her uniquely individual expressionism and interviewing her family, gallery owners, models, fans, and fellow visual artists & musicians to find out who and what Lun*na Menoh is and why her art, in all of its forms, fits in our world.

About the filmmaker: Jeff Mizushima is a filmmaker, writer, and photographer based in Los Angeles. His past feature films include SAKE-BOMB, ETIENNE!, and SALAD DAYS. Jeff was named one of the 25 New Faces of Independent Film in Filmmaker Magazine’s annual survey of new talent for his first feature, ETIENNE! in 2009. His work focuses on finding humor in all aspects of life.

In this thought-provoking and forceful program including 8 different shorts, these characters are exploring their complex histories and envisioning their futures. SELF | PORTRAITS is a study on the power of identity and how we become who we are.

In this program, PORTRAITS SHORTS, you will see the following short films.

In the Shadow of the Pines

In this stunning animated short documentary, filmmaker Anne Koizumi taps into her memories of her childhood and her Japanese immigrant father. The film explores the toxicity of shame and how it can shape and define us while also concealing who we can truly become.

About the Filmmaker: Anne Koizumi completed her undergraduate studies in Film Production at the University of British Columbia and her master’s in film production at York University in 2011. In 2006, she was invited by the National Film Board of Canada to participate in Hothouse 3, an animation intensive for emerging animators, where she completed her first professional film A Prairie Story. Her films have screened nationally and internationally at Hot Docs, Ottawa International Animation Festival, Annecy International Animation Festival, Slamdance, Animation Nation in Singapore, Norwich Film Festival, and the RIDM. In 2008, Anne was awarded the Lieutenant Governor of Alberta Emerging Artist Award, quoted by the Jury as being “a superb animator, a fantastic storyteller, passionate, creative and inspirational in the way she uses sophisticated imagery and sound.” Anne has taught stop-motion animation workshops at the TIFF Bell Lightbox, Hospitals and Community Centres throughout Toronto, Quickdraw Animation Society in Calgary, Alberta and is currently a media arts educator at the National Film Board of Canada.

Once Upon a Screen: Explosive Paradox

A childhood experience is projected on a shadowy wall of a former movie theatre in Daly City. A racist cinematic trauma passed between friends and family is remembered among the rustling of leaves and reflections of trees on an iPad screen. An essay about how past and present interrupt one another like movies being perpetually edited. 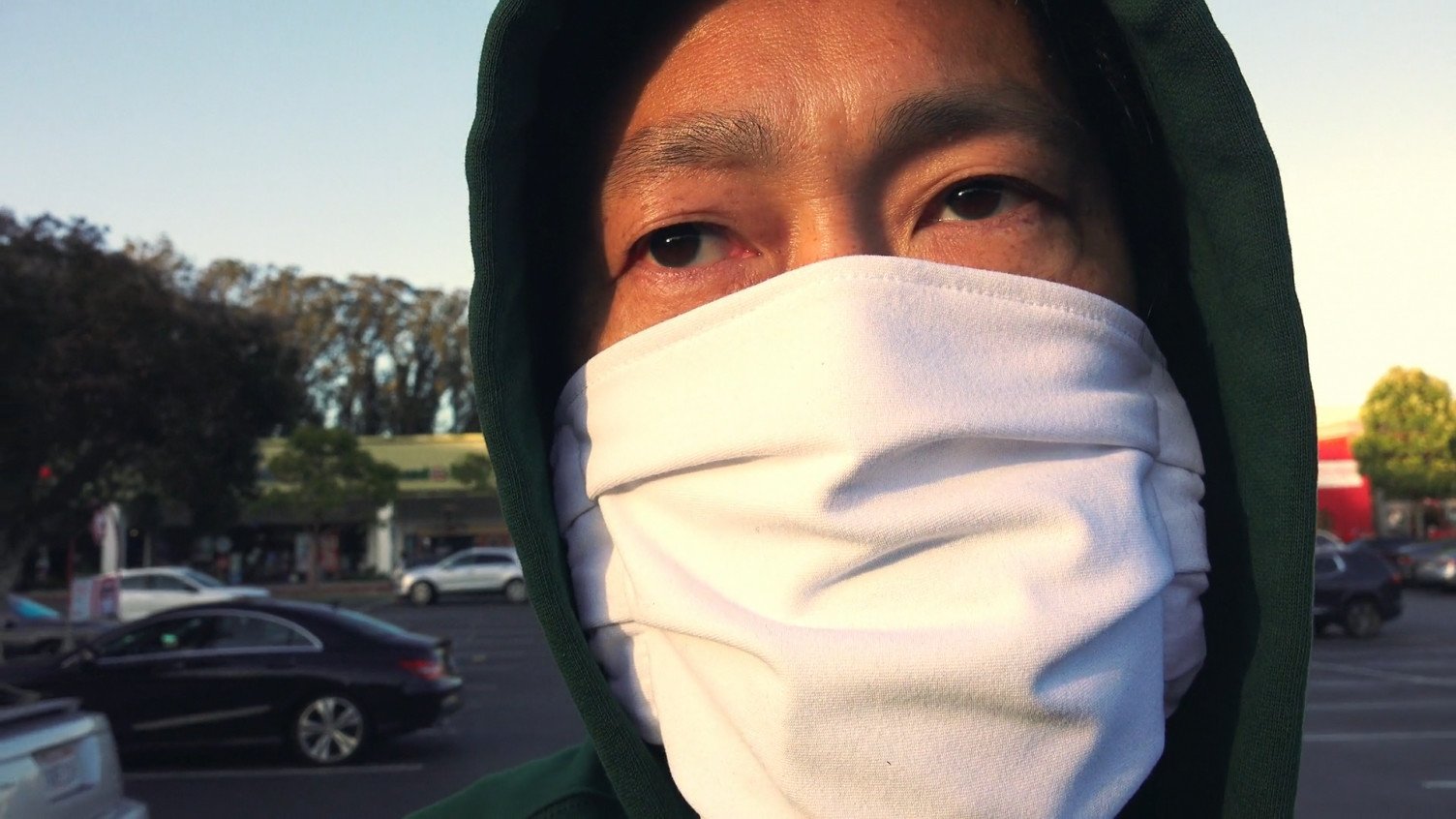 About the Filmmaker: Kevin B. Lee is a filmmaker, media artist, and critic. He has produced over 360 video essays exploring film and media. His award-winning Transformers: The Premake introduced the “desktop documentary” format, was named one of the best documentaries of 2014 by Sight & Sound and screened in many festivals including Berlin Critics Week, Rotterdam International Film Festival, and Viennale International Film Festival. He was Founding Editor and Chief Video Essayist at Fandor from 2011-2016, supervising producer at Roger Ebert Presents At the Movies, and has written for The New York Times, Sight & Sound, Slate, and Indiewire. He is a Professor of Crossmedia Publishing at Merz Akademie, Stuttgart.

SYNCHRONIZED is an experimental documentary short that embraces 5 women of color as they collectively reflect on their experiences living and thriving in Oakland. This will uncover their perspectives of what it means to live in the Town, a city that’s ever-changing – from memories, dreams, home, and resiliency. Like a mixtape, SYNCHRONIZED amalgamates their voices, natural landscape sounds, and unconventional Oakland imagery to encapsulate a unique representation that acknowledges how the personal and environment coexist together. Inspired by Godfrey Reggio’s 1982 film, Koyaanisqatsi, this film was produced during the COVID-19 pandemic and features voices from BIPOC LGBTQ+ Oakland residents along with beautiful takes of Oakland’s changing urban landscape.

About the filmmaker: Corinne Manabat Cueva is a Filipina American independent filmmaker dedicated to using media as a vehicle for social change and empowerment for those on the periphery of mainstream media. Corinne completed Synchronized as part of the Re-Take Oakland Fellowship, a two-year public education and filmmaker mentoring program with Re-present Media. Her previous works include Why We Rise, winner of the CAAMFest 2014 Loni Ding Award for Social Issue Documentary and featured on the PBS Online Film Festival, and Excuse My Gangsta Ways. Corinne has more than a decade of experience as a media educator mentoring aspiring filmmakers at Reel Stories, Tribeca Film Institute, Third World Newsreel, Maysles Documentary Center, Global Action Project, and The City College of New York. She is co-founder of C&C Buhay Studios with illustrator/artist, Cesar Cueva, and has contributed to two books: Empire of Funk: Hip Hop and Representation in Filipina/O America (2013) and Filipinos in New York City (2015).

Filmmaker Reyhane Kavosh’s THE BOAT NO. 5 is a young Iranian girl who relishes the wondrous sights spent boating out on the lake with her parents but grows disheartened when they move to the city. How can she recapture these fleeting memories gone past? 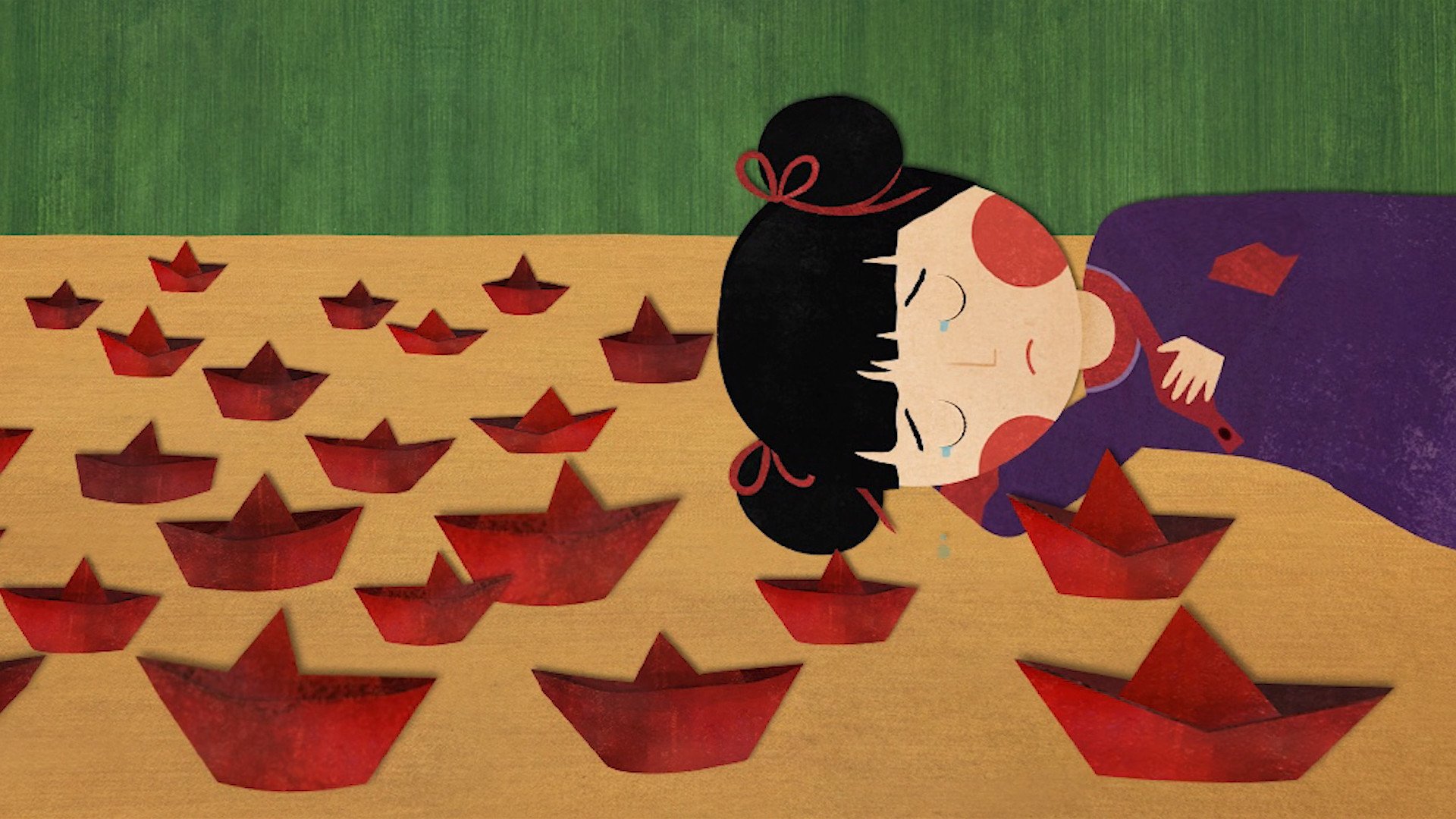 About the Filmmaker: As a recipient of the Best TV Animation award from the 9th Tehran Animation Biennial and the Best Director award from the International Children’s Festival, Reyhane Kavosh is dedicated to directing animation shorts. Some of her works include “Wooden Flowers,” “Crow’s Nest,” “Persian Cats,” “Morning,” “The Sun,” and “I’m a Penguin,” as well as the animation series “One Thousand & One Tales,” which spans over 80 episodes and is co-directed by Ali Raeis. Reyhane studied Graphic Design at the Conservatory of Fine Arts and also Digital Arts at the School of Radio and Television.

An eager-to-please doll in a wheelchair is placed in the perfect world of the narcissistic Barbara and must find a way to fit in or be thrown in the trash. 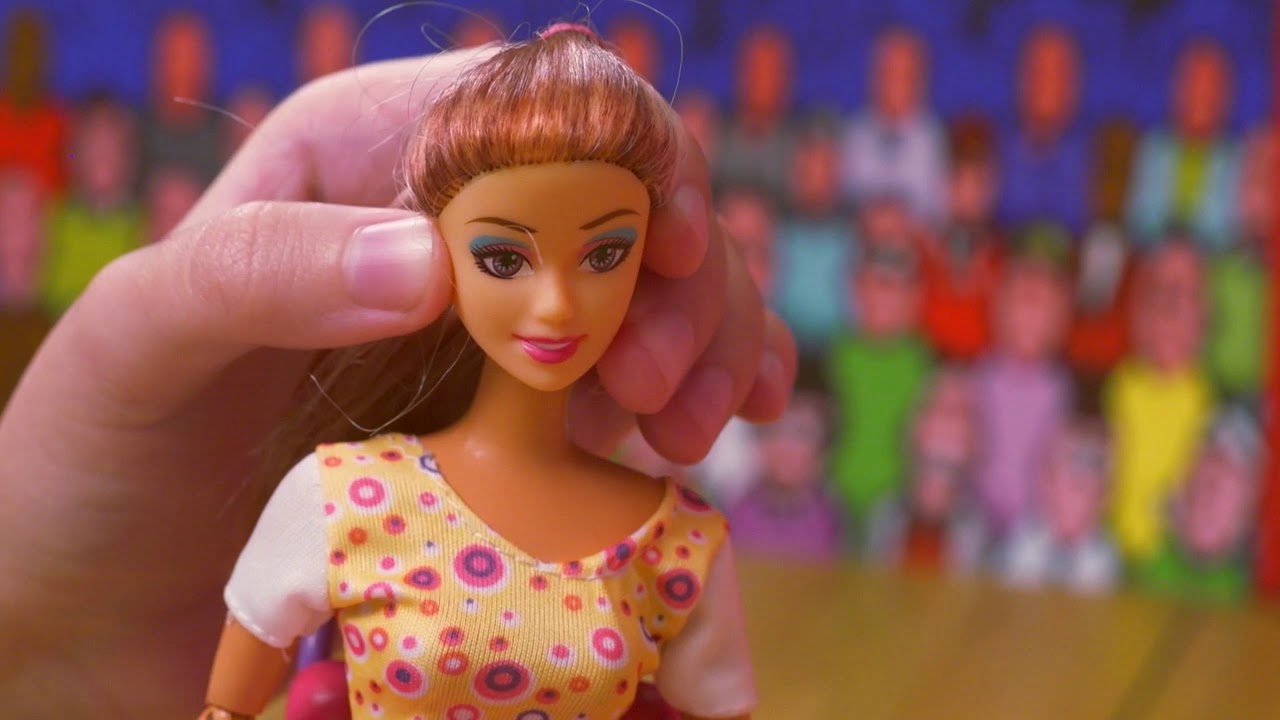 About the filmmaker: Shaina jokes that she is a triple threat – she’s a wheelchair-user, Punjabi, and a woman. She is a fierce activist for people with disabilities and recognizes the importance of media in shifting public perception, which is why she is in film. Shaina is a graduate of the University of Southern California’s Master of Fine Arts program in Film and Television production. Here she discovered her love of comedy and became a writer/director for quirky and bold films that embrace diversity and explore intersectionality.

It is in the silent spaces of our lives that we often wrestle with ourselves. Follow the solitary journey of one woman as she navigates between isolation and intimacy in her daily struggle to find herself. Local filmmaker Huan Cheng’s experimental style masterfully represents the mental state of the protagonist. 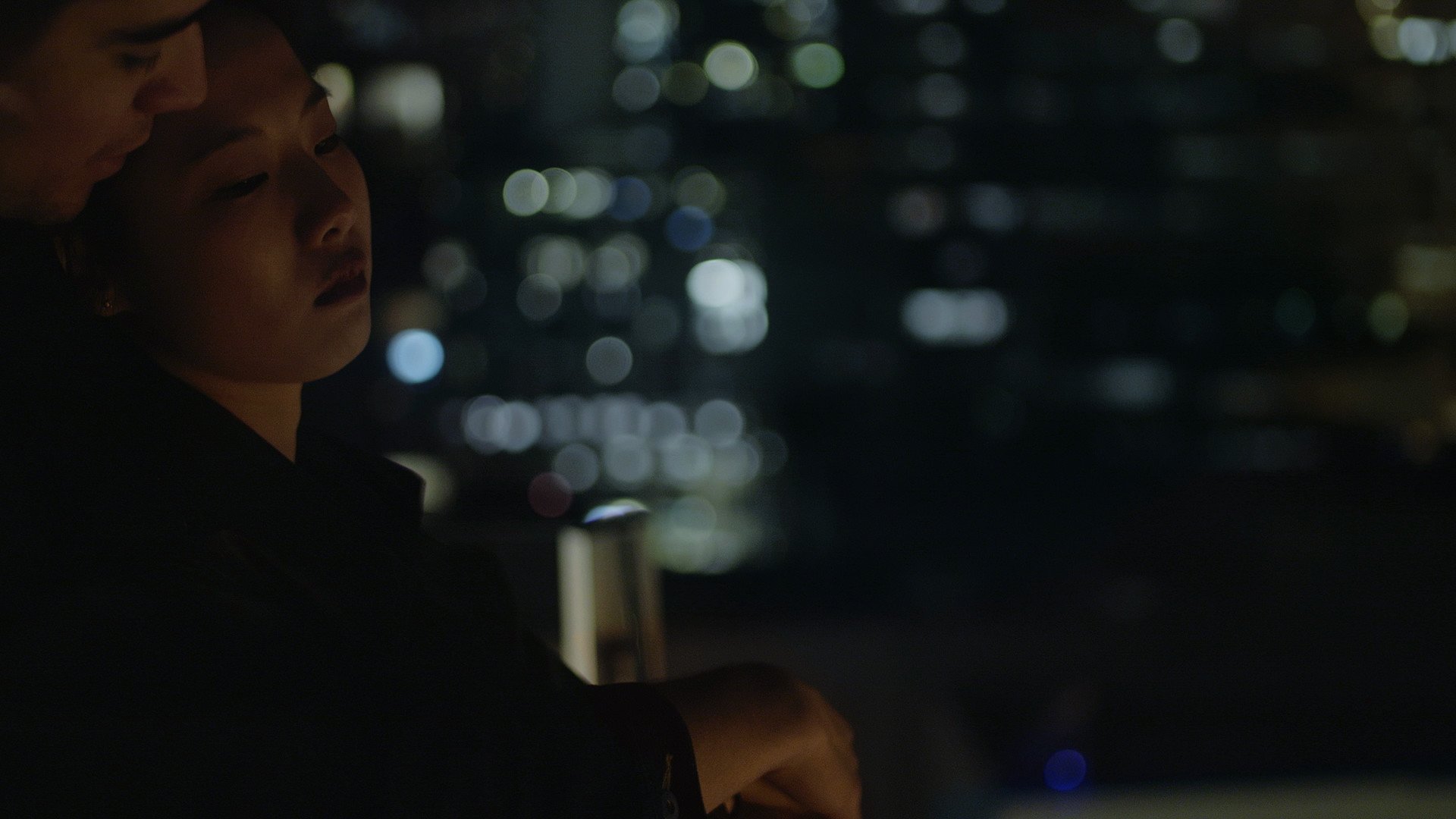 About the filmmaker: Huan Cheng is a Taiwanese Independent Filmmaker dedicated to using media to investigate the umbrella of trauma work, and discovering the practice of work-life balance, sustainable simple living lifestyle. Her previous works include “Calm Down, Anny”, selected in the Beverly Hills Independent Film Festival. “Danny, Danny” was selected in The Method Film Fest. Her works span from fiction to nonfiction, in both digital and celluloid films. She often incorporates “stream of consciousness” in 2D animation to portray the inner status of a character. As a multimedia visual designer, she’s freelancing on multiple types of works, including video production, pitch deck designing, logo branding, and illustrations. She had Artists Jim Campbell, Lynn Kirby, and Jeanne Finley as mentors working on the Salesforce Tower public art project in 2019. Her latest Salesforce Tower work was projected in September 2020 in San Francisco. She received her B.A. in Communication of Design at Shih-Chien University and her graduate certificate in Film at California College of the Arts. 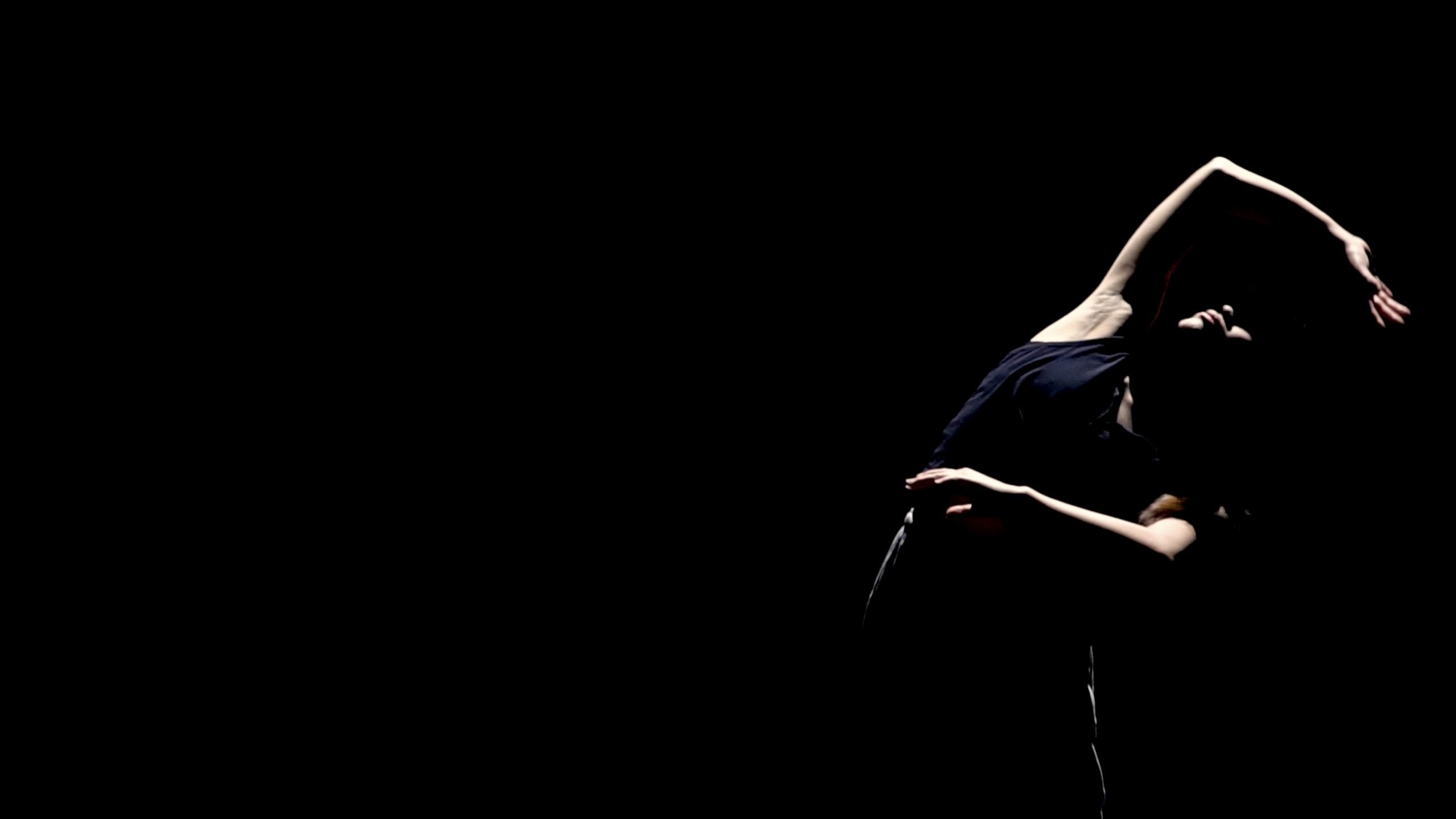 About the Filmmaker: WAELI WANG is a California-based movement artist, filmmaker, and educator. She creates interdisciplinary contemporary works interweaving personal, familial, social, and artistic contexts to investigate the human condition. Wang works with the concept of akasha, meaning the supposed universal etheric field in which a record of past events is imprinted to describe her practice of sourcing and collecting a diverse range of movement and imagery, figurative and abstract, and from the poetic personal to explore as an active artist citizen. She has toured internationally as a guest artist performing and teaching master classes in aerial dance forms. Her collaborative interdisciplinary choreography and films have shown in internationally curated performances and screenings over the last decade and continue to make work focusing on identity as a departure point. Building community, experiential learning, and a dedication to diversity are central to her art-making practice and teaching philosophy.

In Filmmaker Eileen Yoon’s stunning film, CHIMERA, present-day moments in New York lead Ayeon to reflect on her childhood in Seoul as she redefines her idea of home. Chimera, a mythical creature poetically represents the story’s unique hybrid of cultures and identities.

About the filmmaker: Eileen Yoon is a Korean-American director and director of photography based in both Brooklyn and Seoul. She embraces her multicultural upbringing in her work. Her interests in various art forms aids her to use color and meticulous framing to push narratives forward.