Birthplaces of Radical Women Around the World

A Radical Guide strives to highlight important radical locations in the world. In our opinion, listing the birthplaces of radical women is extremely important. Not only does it raise awareness of radical women, but it connects us to their history, where they came from, and the political climate of their time.

Here are just some of the Radical Women found on A Radical Guide.  If you want to add other radical women, just visit the Add Listing section. 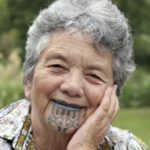 The Māori are the indigenous Polynesian people of New Zealand. 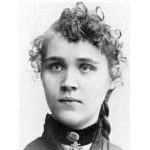 Voltairine de Cleyre was an American anarchist, known for being a prolific writer and speaker, and opposing capitalism, the state, marriage, and the domination of religion over sexuality and women’s lives.

Voltairine de Cleyre was born in Leslie, Michigan, in 1866. 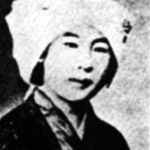 Fumiko Kaneko was a Japanese anarchist and nihilist. She was convicted of plotting to assassinate members of the Japanese Imperial family.

She was twenty-three when she died. She had limited education and had grown up in an atmosphere in which patriotism and loyalty to the emperor were viewed as the moral core of Japanese life. She formulated a heretical social and political philosophy and refused to grovel before the authorities is an extraordinary example of determination. 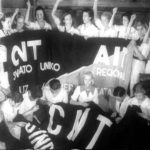 Mujeres Libres, also known as Free Women of Spain was an anarchist women’s organization in Spain that aimed to empower working-class women. Initiated in 1936 by Lucía Sánchez Saornil, Mercedes Comaposada, and Amparo Poch y Gascón, it had approximately 30,000 members.

We hope you find this information insightful and will help us highlight radical women throughout the world. If you want to help, just submit who you think should be on A Radical Guide.

In A Radical Shop, you can find these books about some of the radical women listed here. (some books are free).

Also, check out A Radical Guide’s Radical Women of the World Series