I will keep updating this list as new milestones are created, so keep checking back to learn about our journey.

I launched A Radical Guide with a blog post about the beginning story of A Radical Guide. It was an idea I had for a long time but standing in front of  Librairie Quilombo, a radical bookstore and community place in Paris motivated something in me to take it from an idea to action.

When we began, the site looked a little different from how it does now. To help find bugs and to see if this design worked for people, I invited people to become beta testers for ARG.

The Agência de Notícias Anarquistas (A.N.A.) (Anarchist News Agency), based in Brazil, featured a blurb about A Radical Guide.

I posted the first A Radical Guide interview, three of them. I reached out to the fine folks of PM Press and they invited me out to their warehouse to have a chat. I interviewed the co-founder of PM Press, Ramsey Kanaan, Warehouse Manager, Dan Fedorenko, and Communication and Web Manager, Stephanie Pasvankias.

We reached 41 Radical locations on the site, from Germany, Australia, Mexico, United States, Canada, and Iceland. On this date, I announced the idea of opening A Radical Guide’s Shop.

A Radical Guide friend visited a location that was featured on the site and brought back a gift for me, a mug honoring CNI/CIG (The National Indigenous Congress (Congreso Nacional Indígena CNI, its initials in Spanish) / the Indigenous Government Council (CIG).

On this date, The Curly Cow, a vegan establishment in Witten, Germany sent us photos of A Radical Guide sticker up on the wall inside The Curly Cow.

The Guardian, a news agency that ‘Covers American and international news for an online, global audience‘, linked to A Radical Guide in their article about illegal gold mining in South Africa.

A Radical Guide’s Shop is officially open on this date. The shop offered radical books, and ebooks at this point. A Radical Guide reached 63 locations from around the world on April 26, 2018

The second interview on A Radical Guide. This time it was with Cris of the  Etniko Bandido Infoshop in Manila, Philippines.

A Radical Guide began featuring ‘Radical Women of the World‘ at this date, we featured their birth locations. A Radical Guide felt it was important to list the birthplaces of radical women. Not only does it raise awareness of radical women, but it connects us to their history, where they came from, and the political climate of their time.

A Radical Guide began to feature radical music and art from around the world.

A Radical Guide began ‘Name Your Price‘ on ebook in A Radical Guide’s Shop. While exploring how to make radical material affordable for all.

A Radical Guide launches its first live screening event with a ticketing system. The film, The Antifascists.

A Radical Guide creates a better ticketing system (no tickets needed) and hosts their second live screening. The film, No Gods, No Masters: A History of Anarchism Part One.

A Radical Guide site gets a make-over. New design, new features that made it easier to list locations, new user dashboard, and new features for users, like the search function, “locations near me” and “open now”.

A Radical Guide had the privilege of attending, filming, and interviewing artists and members of the Chiapas Support Committee at the CompArte: The Art & Culture of Resistance & Solidarity w/EZLN.

11 days ago, A Radical Guide hit the 300 locations mark, on this day, we now have 400 radical locations worldwide!

A Radical Guide joined with CrimethInc., and It’s Going Down in a Call to Action: Solidarity with Rojava—Against the Turkish Invasion!

Began developing the idea to create an online radical school.

On this day we reached 500 radical locations worldwide!

A Radical Guide teams up with PM Press to film and document the panels at the 6th Annual Howard Zinn Book Fair.

A Radical Guide teams up with PM Press to film and document the conversation with Silvia Federici and Jenny Brown at Moe’s Books in Berkeley, CA.

On this day we reached 600 radical locations worldwide!

A Radical Guide supports PM Press by creating this video for their fundraising campaign.  Due to the COVID-19 pandemic economic well-being of everyone becomes a critical issue and mutual aid becomes the connector for many across the globe.

A Radical Guide supports the creation of the upcoming book, Strike! by Jeremy Brecher by creating this tribute to May Day for PM Press.

On this day, we reached 700 radical locations worldwide!

A Radical Guide has teamed up with PM Press, Between the Lines, and Verso Books to bring you this #RADICALMAY live event.   Contagion, Capitalism, and Resistance is a live conversation with L.A. Kauffman, Gary Kinsman, Peter Linebaugh, and OmiSoore Dryden. Moderated by Timothy Faust.

A Radical Guide has teamed up with PM Press, Haymarket Books, and Verso Books to bring you this #RADICALMAY live event, Mutual Aid: Building Communities of Care During Crisis and Beyond, with Mariame Kaba, Dean Spade, Klee Benally, Kali Akuno, and Moderated by Tim Holland.

A Radical Guide’s Film Collection gets a new look and is updated so that people can submit their own radical films to the site.

A Radical Guide’s Radical Education launched a new online course in partnership with Move to Amend.  The program addresses the way corporatism, capitalism, white supremacy, patriarchy, and related oppressive structures impact our organizing, and it offers alternatives to consider as we work for justice. 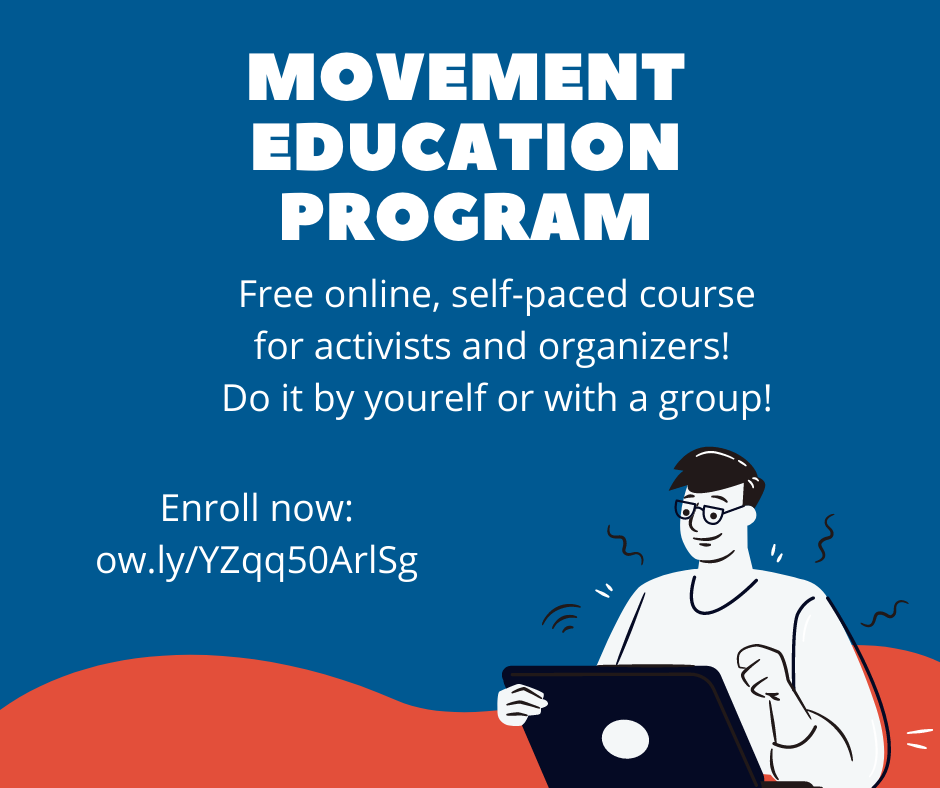 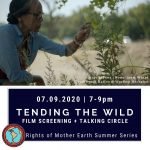 Partnered with Rights of Mother Earth Sonoma County to host a screening of Tending the Wild and a conversation about environmental knowledge of indigenous peoples across California.  Watch the recording here. 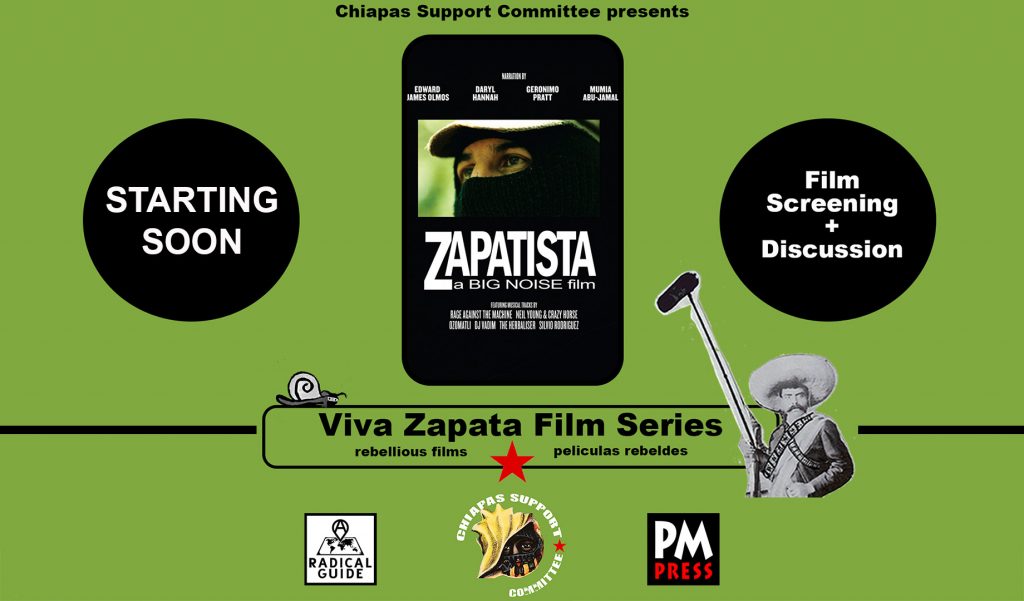 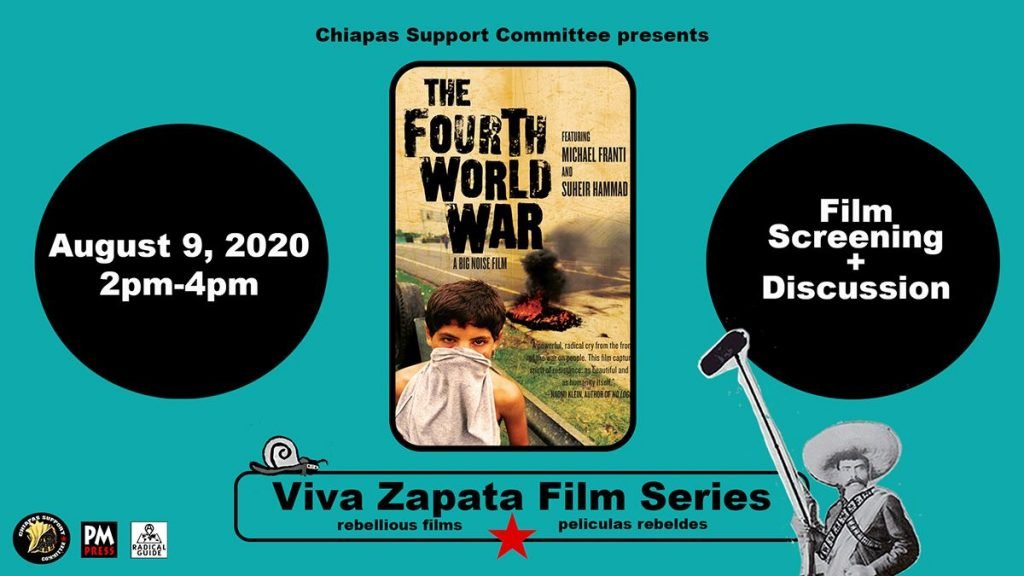 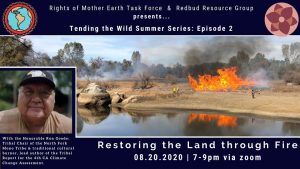 On Aug. 20, 2020, in partnership with Rights of Mother Earth Sonoma County and Redbud Resource Group, we hosted a screening and talking circle on the topic of Restoring the Land Through Fire with Ron Goode.

Flush the Anti Terrorist Law – Solidarity with the Philippines

On Indigenous People’s Day, Ali Meders-Knight and Mel Figueroa of TEKChico, in collaboration with Redbud Resource Group, present the history of 1492 that we wish we were taught in school.  A Radical Guide had the privilege to handle the tech for this presentation.

Columbus from a Native Perspective, for Children (and interested Parents)

This was a two-day online event to come together to imagine what a constitutional renewal could look like in the United States.  Using the People’s Movement Assembly Process, we explored how to make decisions for collective action and power by asking ‘Where are we?, What is our vision?, and How do we move towards that?’

Day One: People’s Movement Assembly: Towards a Peoples Constitution

Following up on the People’s Movement Assembly, the site to begin the dialogue and process of the renewal of the U.S. Constitution was launched.

Toward a People’s Constitution

You Can Help an Autonomous Collective Based in Davao, Philippines

Compassionate Action for Animals has created this manual so other groups need not reinvent the wheel, thereby allowing groups to prepare in a much shorter time than it took us. This manual should provide you and your group with the information necessary to embark on a successful rescue campaign designed to save hens while educating the public about the horrors of battery cages.

A Radical Guide sits down (virtually) with environmental activist, Jerry Palmer.   Jerry Palmer recently wrote Buttons, Bolt Cutters & Barricades about the Texas Anti-Nuke actions that happened in the late 1970s through the early 80s. This book shares the first-hand stories of those who took a wide range of actions to stop parts of the nuclear industry. 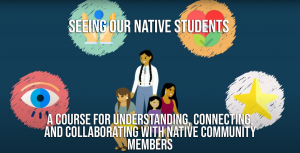 The Seeing Our Native Students course is a tool that bridges the knowledge gaps between Native and non-Native peoples. The guide addresses the issue of cultural erasure of Native peoples and provides basic background information for non-Natives who want to better understand Native identity. 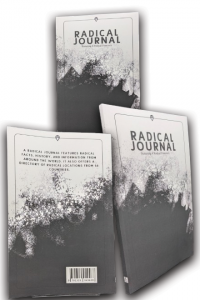 A Radical Journal is perfect for notes, travel, or just plotting your next event or project. A Radical Journal features radical facts, history, and information from around the world. It also offers a directory of radical locations from 68 countries.

A Radical Guide launched its first crowdfunding campaign to raise funds to expand its reach and to help raise funds for Feral Crust, an eco-anarchist collective based in Davao, Philippines.

Cris of Etniko Bandido Infoshop, Manila, Philippines, talks about their work and partnership with A Radical Guide.

Jessica from agitated. podcast talks about their partnership with A Radical Guide.

A Radical Guide, PM Press,  Anthropology and Social Change, and Working Class History hosted a conversation between James Kelman and Noam Chomsky, as a virtual book launch for Between Thought and Expression Lies a Lifetime: Why Ideas Matter. 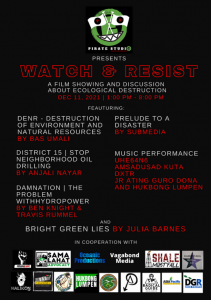 Our friends at Pirate Studio are hosting the event, Watch & Resist: A Film Showing and Discussion about Ecological Destruction.

Pirate Studio is an autonomous and safe space to discuss any Eco-Socio-Political topics and issues.

You can read about the event on the Pirate Studio site.

A Radical Guide launches a channel on Roku and FireTV/Amazon App.

Both channels offer LIVE and On-Demand videos.  We created these channels to do what we have done for radical locations, but with video content.  There is so much great radical content out there we want to help elevate it.

A Radical Guide on TV

Announced a partnership with Working Class History (WCH)  WCH is now featured on A Radical Guide’s channel, Their first video focuses on “What Is Working-Class Environmentalism?“

Happy to announce a partnership with @wrkclasshistory – WCH is now featured on A Radical Guide's channel – found on #roku and #FireTV #radical #workingclass pic.twitter.com/TfOv7CMMk6

Happy to announce a partnership with the Center for Farmworker Families (CFF). https://t.co/RPyZ4iechL
CFF is now featured on A Radical Guide's channel – found on #roku and #FireTV. pic.twitter.com/B08F8ACSaH

We created a new intro video.  What do you think?

Happy to announce a partnership with Soundz of the South. @s_os is now featured on A Radical Guide's channel – found on #roku and #FireTV. Content updated weekly pic.twitter.com/57trQBtqLz

Epic Tomorrows (ET) invited A Radical Guide to a conversation and we accepted. Here is part one, the topic; Animal Liberation

Epic Tomorrows (ET) invited A Radical Guide to a conversation and we accepted. Here is part two, the topic; Farmworkers

A Radical Guide is proud to present Hukbong Lumpen’s self-titled LP and we launched their digital album on A Radical Guide’s shop.

Epic Tomorrows (ET) invited A Radical Guide to a conversation and we accepted. Here is part three, the topic; Ending Corporate Personhood

Excited to add @TENDEMANDS for Justice and @AWKWORDrap to A Radical Guide's #Roku and #FireTV channels. Check it out now and support them.! #abolition pic.twitter.com/rxsDtHdPas 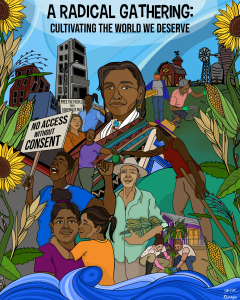 Epic Tomorrows (ET) invited A Radical Guide to a conversation and we accepted. Here is part four, the topic; EZLN, Chiapas Support Committee, and Institute for Critical Animal Studies.

A Radical Guide partnered with Move to Amend and Alliance for Just Money to bring you A Radical Gathering: Cultivating The World We All Deserve.  This is a three-day, online conference full of activists, speakers, workshops, and panels.

A Radical Guide is now on Spotify (video)

Where Were You Radicalized?

At A Radical Guide, we are into games of resistance. So we started featuring games.  In each episode we bring a game that has a radical focus and we spotlight that focus and connect it to real world history, people, and places.

Updated A Radical Guide Journal to feature a new cover.

Today You Can Help

Help A Radical Guide grow by supporting us to reach new areas. If you like the site and would like to see it more interviews and on-site features please consider supporting by funding this project. To support A Radical Guide visit the support page.